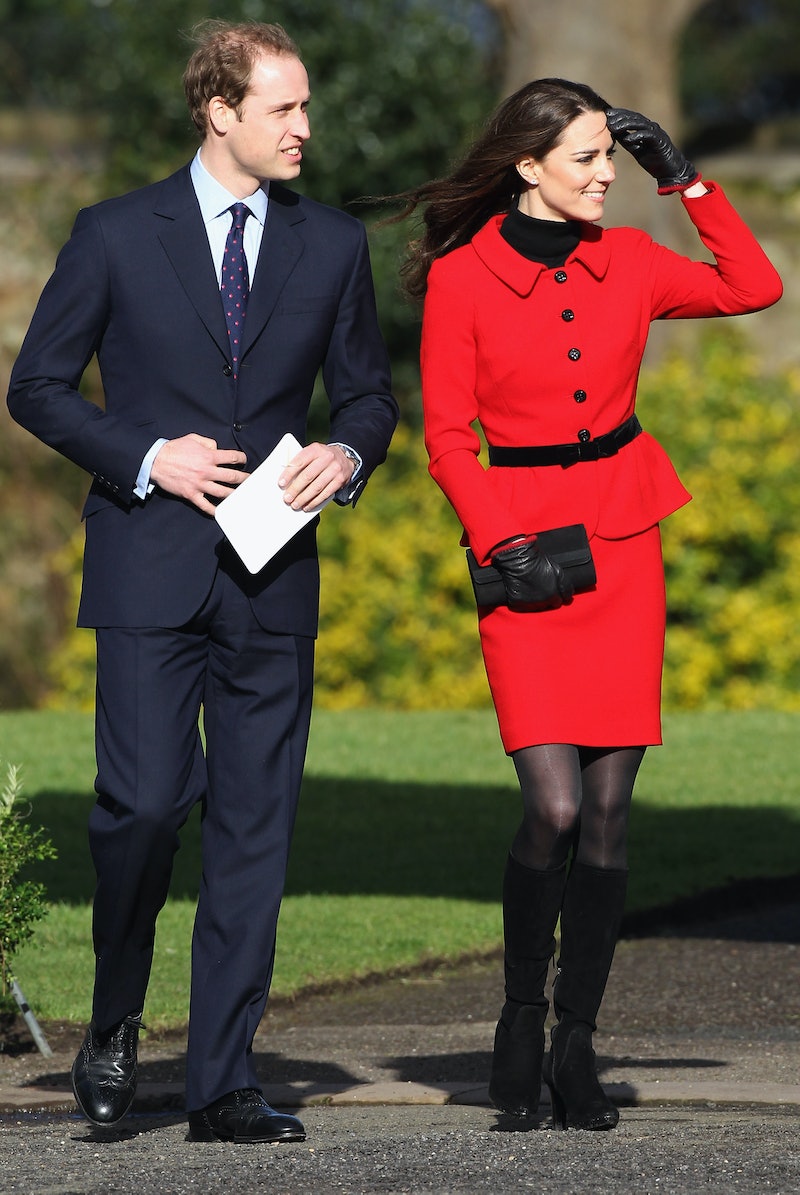 Please cancel all of my appointments for the foreseeable future because People is reporting that Prince William, and possibly Kate Middleton, will be traveling to New York City later in the fall. Apparently everything People knows about the impending visit has come from a royal source who says the couple is keeping an "open mind" as to whether or not Middleton will be traveling. I'm going to err on the side of optimism on this one and say that they are both coming and bringing Prince George and that I will absolutely, 100 percent be on the street trying to wave at them from behind a barricade sometime before Christmas.

Middleton probably hasn't been officially included in any plans because she has another royal bun in the oven and has unfortunately been dealing with another case of intense morning sickness, called hyperemesis gravidarum, which sounds truly terrible. She has already had to cancel an official tour of Malta that she was making on behalf of the Queen.

As of now, the palace has not commented on any plans that the Prince has once he arrives on American soil, but say any announcements about a possible tour "will be made in due course." I can confirm that statement is the British translation for, "We're not telling you anything, so stop asking."

I, however, am not the palace and have a few suggestions for what they royal couple — and royal baby — should do while in America.

First of all, they need to ditch the fancy clothes if they want to see New York City like a true tourist. Let's get the Prince in some young dad jeans and a light-weight jacket. He can throw on a Yankees cap and carry a backpack that holds their map and extra water bottles. Middleton will be sporting a comfy sweater to accommodate her growing baby bump, a pair of Toms, and will push the future King around in a stroller that is not fancier than any other strollers on any other corner in Times Square.

Once they look like tourists, they can slip away from the crowds (though keep some equally disguised security detail) and do normal tourist things. They should go to the top of the Empire State Building, eat street meat from a cart, and play with Simba — I mean, George, in Central Park. They definitely need to see a show and leave the baby home with the royal nanny. And because they're trying to be regular tourists, they need to sit in the mezzanine.

No tourist trip to New York is complete without stopping in a souvenir shop and buying a I <3 NYC t-shirt. Will, Kate, and George can all put them on and ask someone on the way to work to take a picture for them, and then they can hog the entirety of the sidewalk with their backpacks and stroller and definitely inconvenience like 10 people while they're trying to get somewhere important. At some point, Prince George will probably do this with a new toy:

And if anyone sees Prince Harry, please let me know so I can draw up a royal tour plan leading him from Penn Station to my Brooklyn apartment.