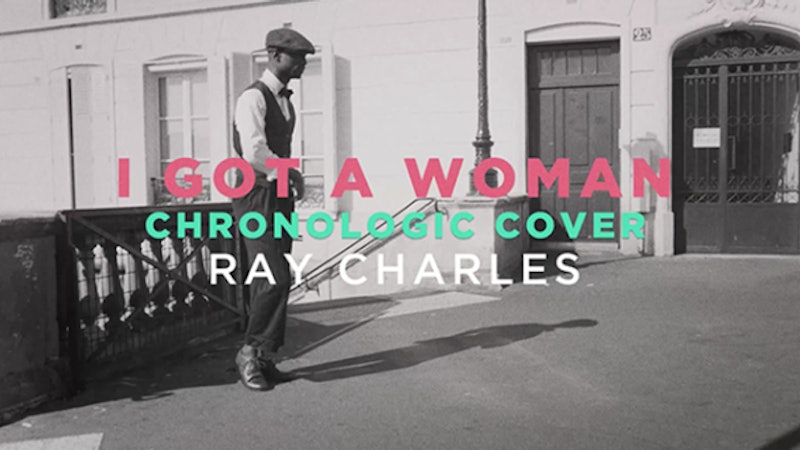 This morning I was belting "Gold Digger" in the shower, because frankly, that is just how I do. The heart and especially soul of that song is, obviously, the sample of Jamie Foxx doing his best and deservedly award-winning Ray Charles cover of "I Got A Woman". Now what, I hear you ask, could be more evidence of a song's longevity than me, in 2014, expressing my love for it by wailing in the nude? Try this completely brilliant chronological dance evolution of the song as covered by Chronologic. Hold on to your pants because it's about to get mad dance-y up in this joint.

Dancer and choreographer Nicolas Houcchard moves us through the better part of the 20th century with moves for every decade, both making the track seem timelessly relevant (it is) and artfully embodying the distinct sounds and moves from each era.

Adding to my love of this video is the fact that it is all shot throughout different sections of Paris. Bien sur! Normally when I come away from dance videos the only thing I have to worry about is whether or not I will suddenly think I am capable of doing arabesques around my entire house without causing myself or the objects in my home injury. But a dance video set in Paris brings with it a whole other set of issues. Namely, the fact that now I would like to also eat my weight in baguettes.