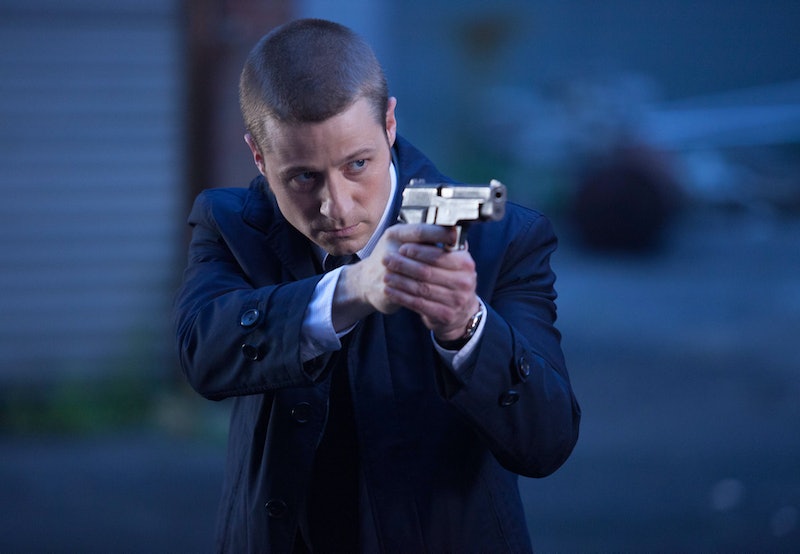 When an iconic comic series or book comes to the big or small screen, many fans, admittedly, tend to lose our minds a little bit. No matter where you're placed on the fandom Richter scale, you will probably find yourself at one point thinking, "This is nothing like the book/original series/graphic novel. I'm going to explode." When FOX announced it would be launching its new fall series Gotham , a show set in Batman's city that precedes the existence of Batman, you can imagine the skepticism. We had to wonder, "Well fine, Fox. If we don't get Batman, do we at least get the villains?" Good question. One villain I was particularly curious about was Mr. Freeze, and whether he would appear on Gotham .

The Gotham pilot already opened the series with a number of Batman's greatest nemeses in their youth. And many of our ears were burning to know if the Joker, the character made infamous by the late Heath Ledger, would show up later in the series. The answer is, of course the Joker will show up. Calm down. And while the appearance of the Joker is wildly important, Mr. Freeze is arguably just as iconic to the Batman world.

When HitFix asked the show's pilot director Danny Cannon about upcoming characters, he had this to say about what he and show creator, Bruno Heller, had in mind for Mr. Freeze:

I have a big pitch with Bruno [Heller] about the Mr. Freeze character, whose origins are uncertain. If I can win Geoff Johns over and if I can win Bruno over, then I look forward to the moment where that character can be realized.

So, is the answer sorta-maybe-kinda? Inquiring minds need to know. According to Screen Rant, Cannon and Heller refused to sign on to the project until, "the studio assured them that they would not force the creators to realize their villains too quickly." So if Mr. Freeze does show up on the series, his presence will have to be introduced gradually.

Another factor to keep in mind with the introduction of Mr. Freeze's character is the tone of the show. Gotham is indeed a gritty show. It seems to boast a realistic approach to a comic book world. At the Television Critics Association press tour, Heller said that on Gotham , "drama is really about the possible. the physically possible." With that in mind, one has to wonder if a super-villain of Mr. Freeze's fantastical caliber would fit in this world. Never fear. Digital Spy confirmed that Mr. Freeze would, in fact, appear on the show and that when the time comes, the science behind his origins will make sense within the Gotham world. Let the Freeze himself lead the Hallelujah chorus.