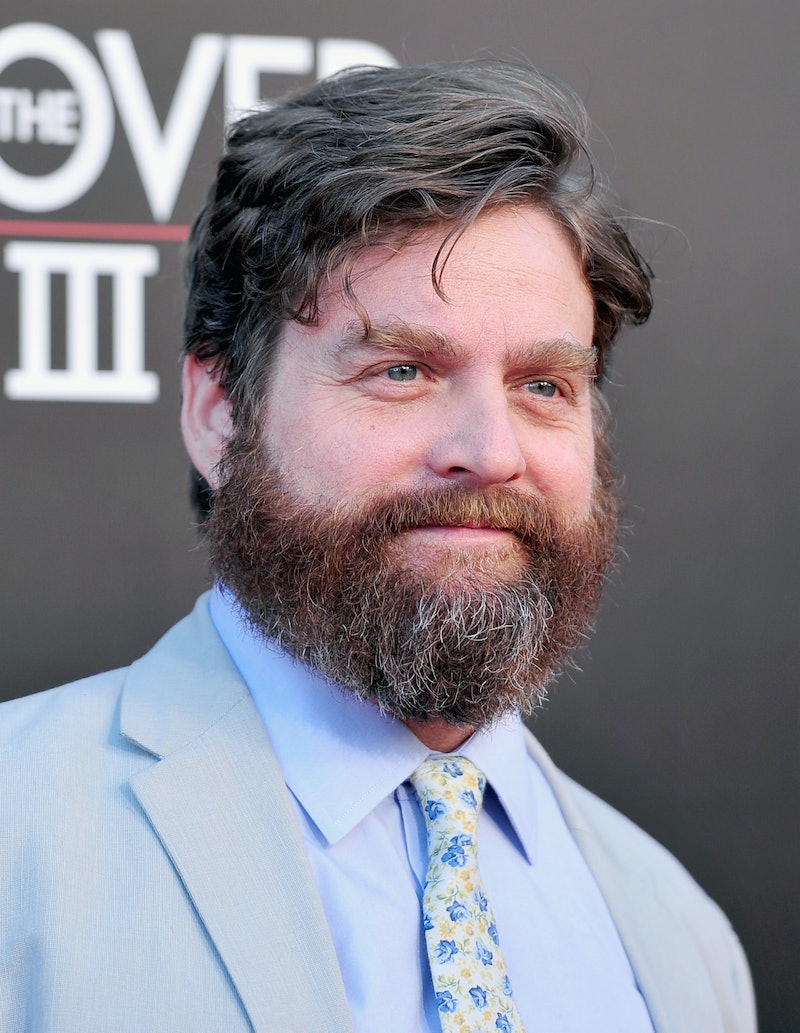 It's been a busy year for Zach Galifianakis, who debuted a major weight loss Sunday night. The New York Film Festival screening of Birdman or the Unexpected Virtue of Ignorance marked the first public appearance for the actor since October 2013, and it seems a lot has changed. Galifianakis still had his signature beard, but was more than a few pounds slimmer.

At a press conference for the film, he opened up about why he likes to stay out of the limelight saying, "Being a celebrity is sh*t. It's dumb, and I'm not interested in it. I like to be an actor, and that's it ... I'd rather just do my work and go home and watch Lifetime."

I don't blame him at all for wanting to stay private, especially when he's subjected to the kinds of comments Twitter users posted after seeing his weight loss. Unfortunately, not all of it was congratulatory, and several people decided to mourn the loss of Galifianakis' weight as if not being "fat" suddenly made him no longer funny. It's sad to see him be the target of body shaming, as any version of that is inappropriate. No one should shame skinny people for being skinny or larger people for not being skinny, and shaming people who lose weight is just as bad.

Those comments are seriously out of line. If he's happy and healthy, that's what matters. Body shaming is always uncalled for — no matter what body type the person has.