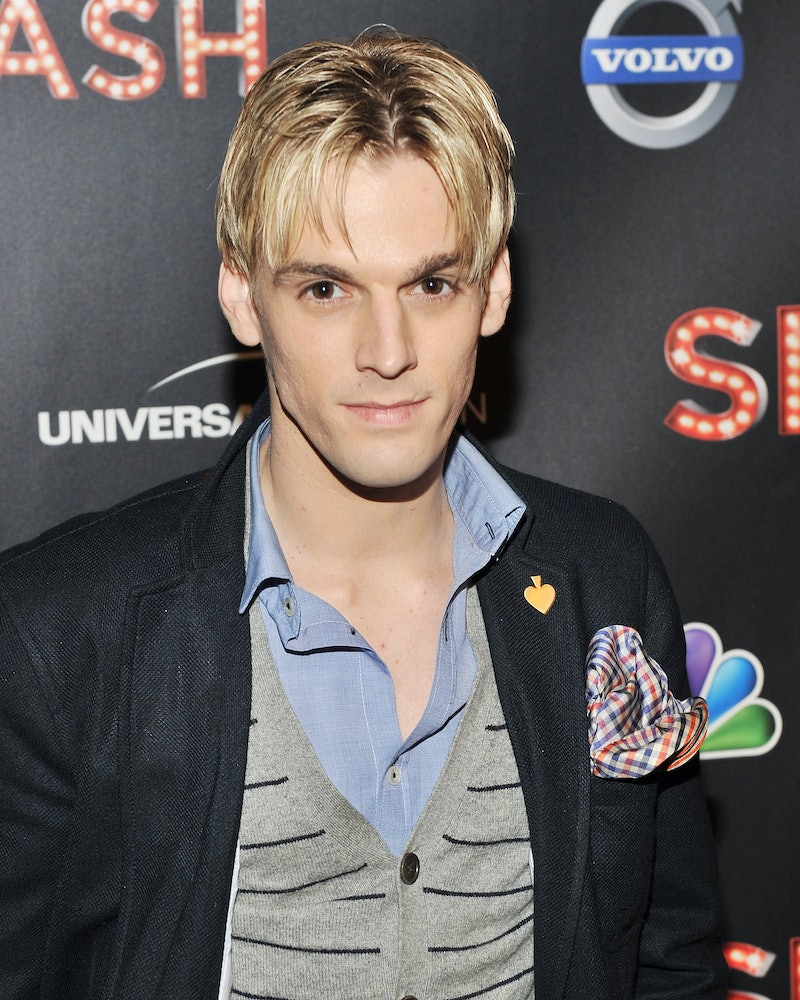 It's 2001: The biggest scandal Lindsay Lohan has is sharing a boyfriend with Hilary Duff. Mary-Kate and Ashley's fashion line is only sold at Walmart. You're 10 years old, you can't stop watching the 'NSync "Dirty Pop" video, and Aaron Carter is your imaginary boyfriend. Okay, maybe we don't have the technology for time travel yet, but with 'NSync reuniting and Aaron Carter going on tour, it definitely feels like 2001.

That's right, Nick Carter's little brother is back with a tour with a new album. Is it good? Absolutely not. Aaron's voice hasn't changed much, and we get some real original poetry with lines like "you're beautiful just like a rose." But it's definitely a nostalgia trip, and it's at least nice not to have another generic dubstep-lite pop song — just a regular generic pop song.

But even if you did like the song, you might want to pass up the concert ... Aaron's "After Party" tour doesn't have quite the same charm as the old days. This time around, there are tales of Aaron humping the stage. If your tiny, young heart ever loved Aaron Carter, just try to remember him as he was back when it all really was Aaron's party:

But if you can stand the crushing of your childhood dreams, watch Aaron's new video for "Where Do We Begin?":