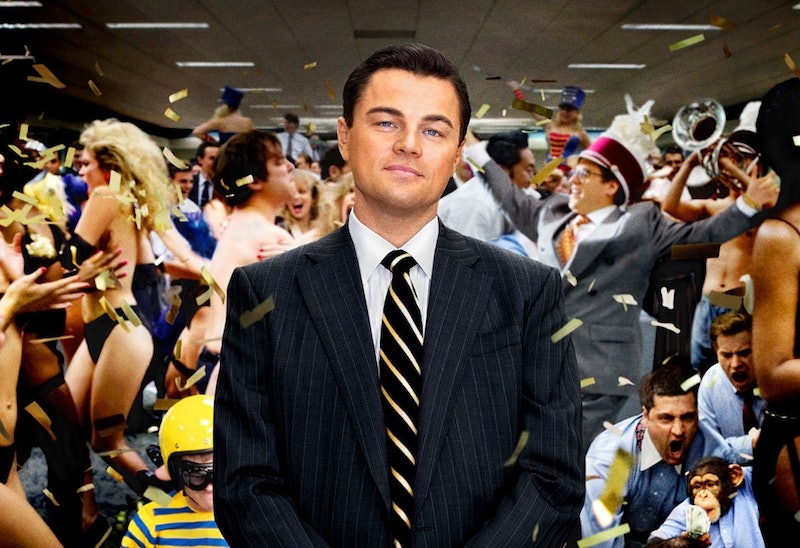 No doubt that Jordan Belfort knows how to party, but this takes it to an entirely new level. The A.V. Club discovered a mashup video by Marca Blanca that consists of Belfort's (DiCaprio's) crazy office speeches — microphone and all — and dance moves paired with the band System of a Down's "Chop Suey" for the most epic Wolf of Wall Street / System of a Down mashup ever.

We all know DiCaprio can dance — whether it is on film, or at Coachella — but paired with this loud rock song, it feels like I have just discovered the Holy Grail. Or maybe it made me feel like I took all of the drugs to ever appear in the film all at once — in the best way possible — either way, it is incredible. There's the chest pumps, the office camaraderie, even a little snippet of Jonah Hill's teeth, basically it has everything you could ever want. The only major thing missing is the one and only Matthew McConaughey, but I can look past that, as long as the creator of this video makes a mashup of a similar song with McConaughey's Lincoln commercials. Just an idea. Watch the video below. And then watch it again, because you won't be able to get over how well it works together.