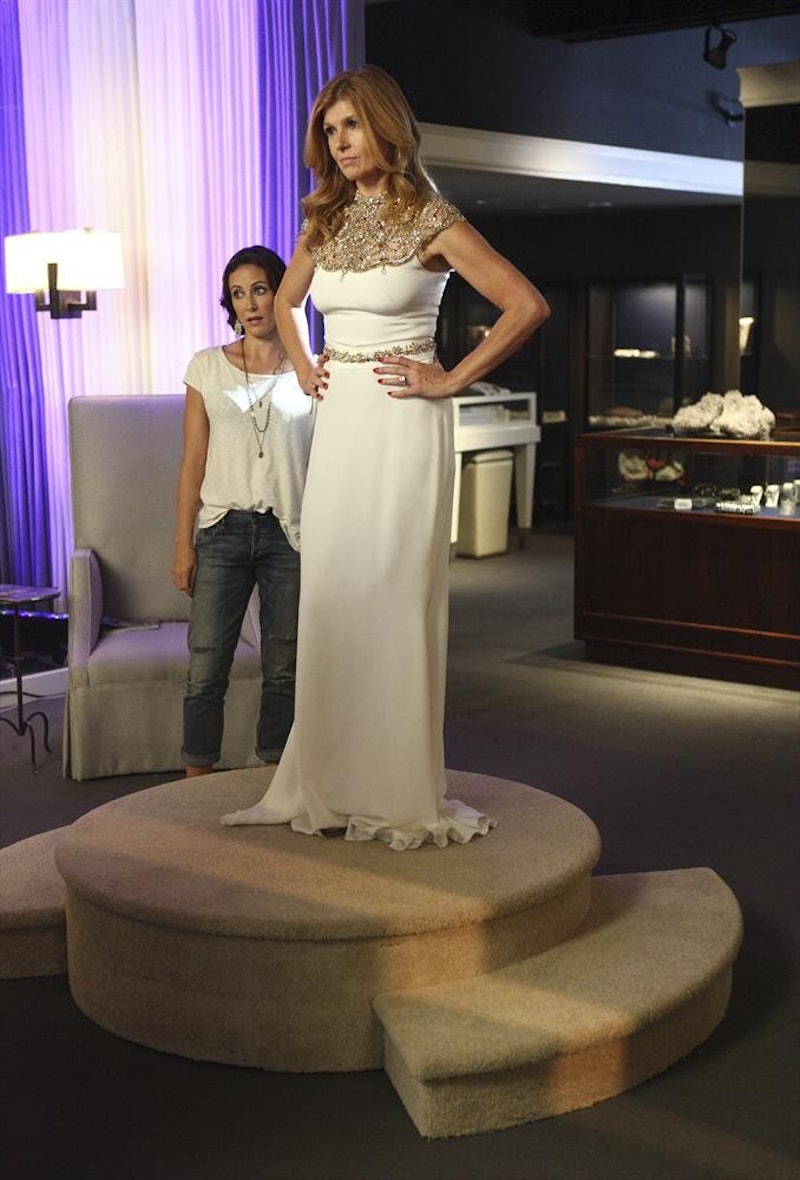 Can we first just talk about how Sadie Stone went on the ultimate girls' day out DREAM with Rayna Jaymes on Nashville Wednesday night? If someone I idolized that much invited me to go wedding dress shopping with them, I'd probably choke on my own tongue and lose consciousness before I even got the address for the place. And even though I had a miniature heart attack watching Sadie race through the streets of Nashville like they were her own personal NASCAR track (if she likes Rayna so much, doesn't she know Rayna was in a coma from a car accident only a year ago?), I can see that this is going to be the beginning of a kickass country music friendship, as evidenced by the stellar performance of "Gasoline and Matches" Rayna and Sadie closed out the episode with.

It's especially striking to see Laura Benanti, goddess of musical theater, sing a song as country as "Gasoline and Matches" alongside Rayna (Connie Britton). But it shouldn't come as too much of a surprise that she can rock it, since we know from her Twitter that she has the sass to hold her own next to anyone, and the performance chops to blend into any genre. I'm so relieved that Sadie made the smart choice in the end after all the and stuck with Rayna's label, first off because Jeff is a total creep and a half (DON'T SIGN WITH HIM, MADDIE AND DAPHNE! For the love of country music!), and second off because Rayna clearly has the ability to propel Sadie into the spotlight she deserves. Plus if that collaboration was any indication of what's to come, I'm betting that we are going to be enjoying even more awesome numbers from these two country crooners in the future.

In the meantime, I think we should all admire one of the best quotes that ever came out of television, as said by Sadie Stone tonight: "I’m just a little bit freaking out and I need some food to calm me down."