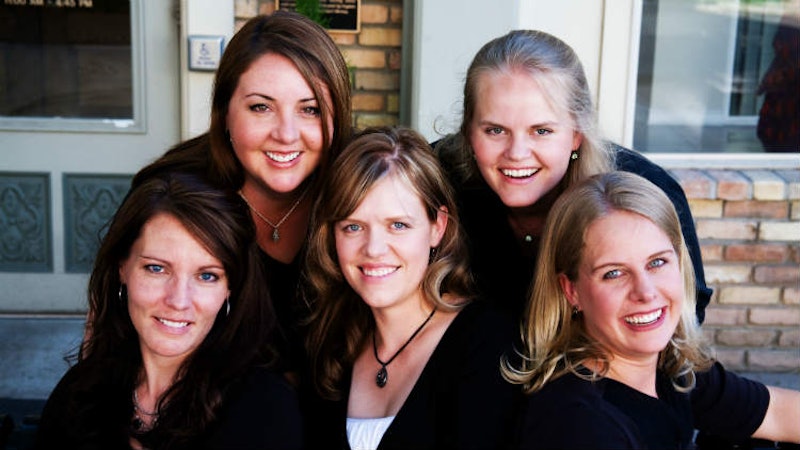 I've always been the kind of person who was super excited to have kids, from the time that my "kids" were baby dolls. Now that I'm in my twenties, the idea of children has become a lot more real, but I know one thing for certain: I'm stopping at three, and that's only if I like the first two. Unlike future-me, however, there are families on TLC that have enough kids to fill a baseball team or a traveling music group. The Williams of My Five Wives are no exception. They already have 24 children between Brady and his five wives and now they're looking to expand. More specifically, Nonie wants to have another child.

When we last left the oversized Williams gang, Rhonda was exploring the idea of adoption, while Nonie was desperately hoping for another baby. And although Nonie had made the purchase of a pregnancy test, which was pretty much the cliffhanger of the midseason finale, it doesn't seem as though she and Brady were successful in conceiving. Nonie and Brady had previously discussed that her getting pregnant might be a challenge, but the couple hasn't given up. In Season 2, it looks like Brady and Nonie are going to continue to try for a new bundle of joy.

In a preview for the show's upcoming new episodes, Nonie talks about her difficulty in getting pregnant, and says, "I don't know if its in our cards anymore." If I had to guess right now, though, I'd say they won't stop trying anytime soon. I expect most of Season 2 to revolve around Nonie and Brady trying to have their sixth child together.

Meanwhile, it definitely doesn't look like any of the other wives are looking to add to their particular broods anytime soon. Only time will tell, though, and I can't wait to watch this season unfold to see what changes are ahead not just for Nonie, but the entire Williams family.