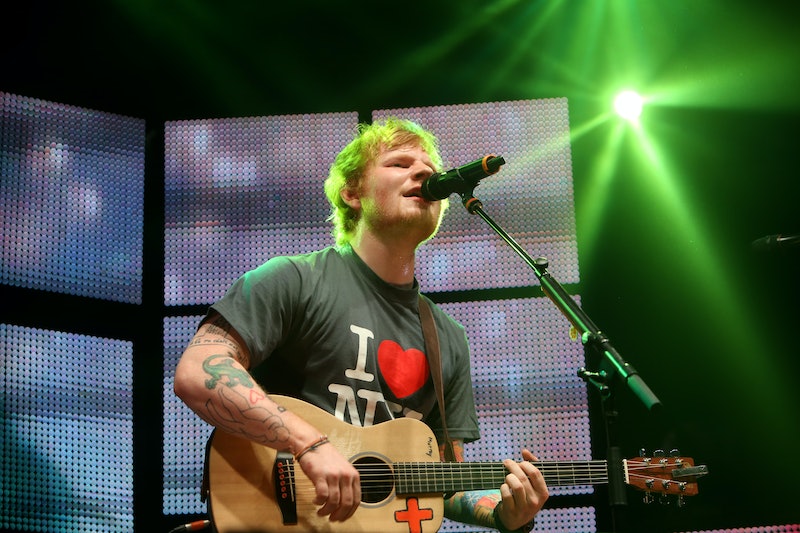 In some super romantic news to end your week, five couples got engaged at an Ed Sheeran concert in London this week in front of 18,000 people who will now forever feel pressured to dream up an engagement that's just as over the top. It makes a lot of sense that lovers' hearts would beat more furiously while listening to "Thinking Out Loud," or "Give Me Love," or even "Don't," which isn't quite as romantic as the others, but still has a pretty sexy beat.

According to the BBC, Sheeran congratulated the couples and joked that they should name their children Ed because, you know, if they loved Ed Sheeran and his music enough to make one of the biggest and most intimidating life decisions at his concert, they'd probably be willing to name their firstborn Ed, hands down. He also invited himself to all their weddings, which only Ed Sheeran could ever get away with.

This isn't the first time a musician has facilitated a proposal. In 2013, Justin Timberlake let a fan propose to his girlfriend on stage at a concert in Kentucky, and just two weeks ago a couple got engaged at a One Direction concert in Atlanta. So take note future lovers: if you want to marry the love of your life at your favorite musician's live show, the dream is very much alive.