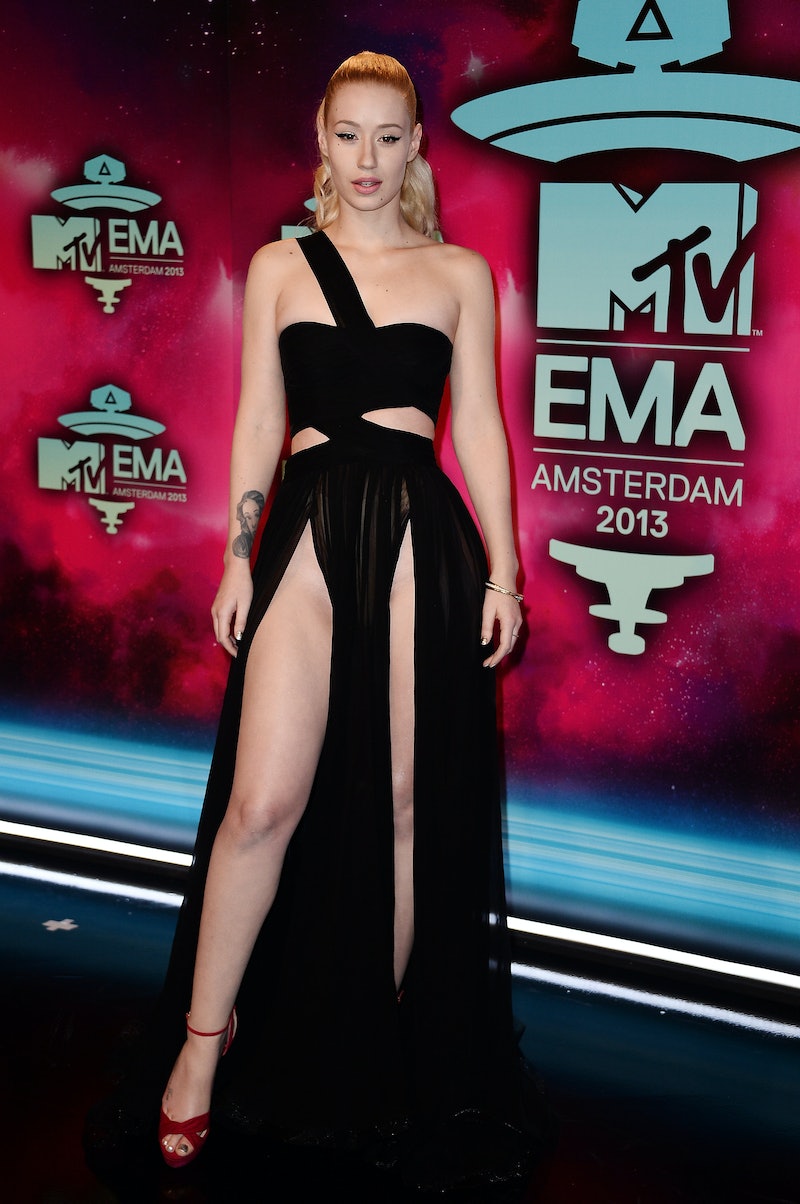 If you think you've been having a bad week, just check out the week Iggy Azalea has had. It all started a week earlier when TMZ reported that Azalea's ex-boyfriend, Maurice Williams, was filing for divorce although the couple were never legally married. Then there was the bizarre online feud between Azalea and Snoop Dogg after Snoop posted a meme on his Instagram account that mocked what Azalea looked like without any makeup. To make matters even weirder, he only apologized to Azalea after rapper T.I. stepped in and told him to. Then the "Black Widow" rapper took to Twitter and slammed Australia's Maxim's Hot 100 cover for using an old image of her from 2011. And just when you think two Twitter issues per week is enough, Iggy Azalea returned to set the record straight about her divorce.

To give this upcoming rant a little more context, Azalea's former boyfriend claimed that the years he spent living with Azalea in Texas qualified their relationship as a common-law marriage. Last week, a spokesperson for Azalea released this statement to E! Online:

It's disappointing that this thief, felon and fugitive is continuing to use the media to attack Iggy as part of his desperate and despicable attempt to keep himself in the press ... he has resorted to elevating his predatory relationship with a 17 year old girl into a sham "marriage" claim unsupported by any certificate or evidence.

Azalea is now ready to clear up some of the rumors herself with this lengthy Twitter spiel from earlier today:

...I warned you it was lengthy! After reading her tweets, the situation does look a lot more complicated than it already seemed. And considering Azalea is having one of the worst weeks ever right now, I say we all need to back off of this marriage thing. Who knows what actually went on in Texas. It seems that whatever really happened, it created an unhealthy environment for this Aussie native and she removed herself from the picture and became a huge star. This does feel like a cry from Williams for 15 minutes of fame, although he obviously should be focusing on his own legal trouble instead of bringing up the past with a woman who clearly no longer wants anything to do with him.

It's also worth mentioning that it's important that, according to the rapper, a lot of other women have come forward to share their common law divorce stories with Azalea. Something I had not previously known much about looks it could be hurting a lot of women who no longer want to be considered in a relationship that may not be legally recognized out of their state. So good for Azalea for clearing these rumors up in the best way she knows how. Maybe now that we know a little more about the situation, we'll give her the space she needs to settle these issues in peace without more rumors clouding the facts.