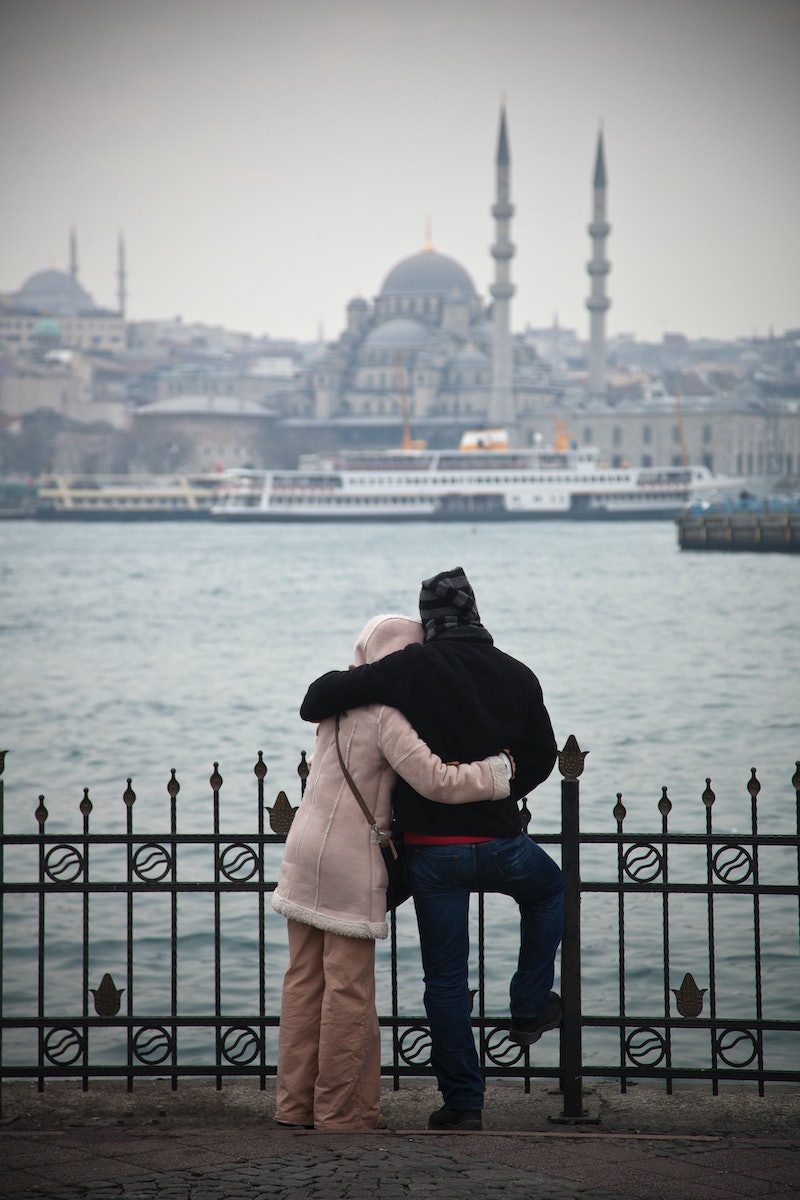 Demonstrations continue in Turkey, despite Prıme Minister Recep Tayyip Erdogan's concession last week to halt the building on the park that sparked protests on May 28. With Ergodan now calling the protesters "terrorists," and threatening to call in the army, it doesn't appear that this is a conflict that will be simmering down any time soon.

As it turns out, two of my friends recently returned from a vacation to Turkey, and I was eager to hear their first-hand take on this story. Omer, a 29-year-old Turkish man, and Gabrielle, his 25-year-old Jewish-American girlfriend, went to Istanbul a few weeks ago to visit Omer's family, and got a different trip than they'd bargained for. I spoke with them about their impressions of the conflict:

How noticeable was the protest movement during your trip?

Omer: When things were beginning, Gabrielle and I would go past that park. But everything went downhill the morning I got on the plane to go back to the States. It seemed like in one day it spread to 31 cities in Turkey, which is a lot because there are only 81 total cities in Turkey.

How much are the protests/demonstrations disrupting everyday life in Istanbul?

Omer: When things were beginning, it was quiet. But once everything went downhill and people started rioting and the police started with these water cannons and tear-gasses, it started to affect people’s regular life.

Like, my Mom went to a bar last Saturday. And I told her on the phone “Don’t go!” because the bar was downtown [near the square]. And she said, “Oh, but I checked the news, people right now are singing and stuff in the square.” And I said, “Well, yeah, but that doesn’t mean the cops aren’t going to start attacking them.” So she took the chance to go to the bar, and when she was about to come out of the bar, the cops started throwing tear-gasses and she got stranded in the bar until 3 AM.

If Gabrielle and I had gone a week later it would have been bad. We wouldn’t have done any sightseeing at all because all the tourist areas of the city are now war zones. If I had been there by myself I probably would have gone to protest, but I’m not going to do that with Gabrielle.

Do you think these protests have more in common with the Occupy movement or the Arab Spring protests?

Omer: I think they’re similar to Occupy in the way that both protests want to point out ideas and opinions. But they’re different in that people over here [in the U.S.] can express their ideas, but in Turkey they can’t express their ideas. Also, I think the Turkey protestors cross more social, ideological, religious, and class divides than the Occupy protestors did. They are Turks, Kurds, Armenians, Sunnis, communists, capitalists, gays, lesbians, straights, girls in headscarves, and girls with tattoos all over their bodies. There’s a ton of people. Even soccer team supporters who would usually fight each other when they see each other in jerseys. Everyone’s united against him. In Istanbul square, except for times they’re running away from water cannons and stuff, they sing, dance, read books. It’s like a festival.

Gabrielle: And it’s different from the Arab Spring because in the countries where the Arab Spring took place, they were mostly dictatorships or theocracies trying to become democracies. But Turkey is already a democracy.

Omer: But the protests are trying to make Turkey more democratic. I would say about 50% of Turkey is secular Muslim, and 50% is intolerant Muslim.

What do you think about the media coverage? Is it exaggerated or is it accurate?

Omer: Most of the things you see online are coming from people taking videos or from very small Turkish TV channels. The main Turkish news channels—like the equivalent of CNN, BBC or Fox—they don’t show anything. Or they handpick the images of protestors throwing stones against the cops. They’re not showing cops beating people to death or using tear-gas. The reason is that the majority of the media is under the current Prime Minister’s control. And when it initially started, the main media channels didn’t show anything. They were showing soap operas, documentaries about penguins. They’re not doing their job.

And by the way, one of those small TV channels that did have a lot of video coverage of the protests, Hayat TV, was closed by RTURK, the government agency which oversees all media. So one of them is going down, and the other one, Halk TV, is getting a very hefty fine.

How do they justify doing that?

Omer: The government’s reasoning is that one of them showed a live-feed [of the protests] for 24 hours and so the people who saw this got angrier and angrier, and went outside and rage against the cops.

What does your family think about the protests?

Omer: Well if you were in Turkey and asked my family they would probably be pretty scared to say stuff, especially my mom. Even when we talk on the phone, she says, “I don’t know if we should talk about this stuff because they listen to the phones.” But, long story short, my family thinks the same way I do—they feel resentment, which is felt by 50% of the population who didn’t vote for Erdogan.

Do you get a sense that this could be a turning point for Turkey? Or is this just people venting a lot of built-up frustration?

Omer: Well, the genie is out the bottle now. And I think these protests are going to continue until the Prime Minister takes a step back. The next election is in seven months. Part of the reason Erdogan was elected a second time is because the other parties are also not so good. So Erdogan might be elected again. But now this government understands that it can’t impose the way they want to live on other people. So I think going forward, there is going to be more democracy, but I wouldn’t be surprised if Erdogan’s party was elected again.

Do you think these protests started in anticipation of the elections coming up, or is it just a coincidence?

Omer: I think it was a coincidence. This was a tipping point after the alcohol laws [which ban ads for alcoholic beverages and require stores selling alcohol to keep it hidden from view]. And then the Prime Minister threatens to build over the last remaining green space in downtown. In Istanbul, the planning is horrible, so you only have this one park for people to go and hang out.

More like this
What To Know About Martin Bashir After Watching 'The Crown'
By Bustle UK
Here's The Role Lady Susan Hussey Played At Buckingham Palace
By El Hunt
Read Dan Levy's Heartbreaking Message After The Club Q Shooting
By Stephanie Topacio Long
The David Beckham Qatar Controversy, Explained
By Sophie McEvoy
Get Even More From Bustle — Sign Up For The Newsletter