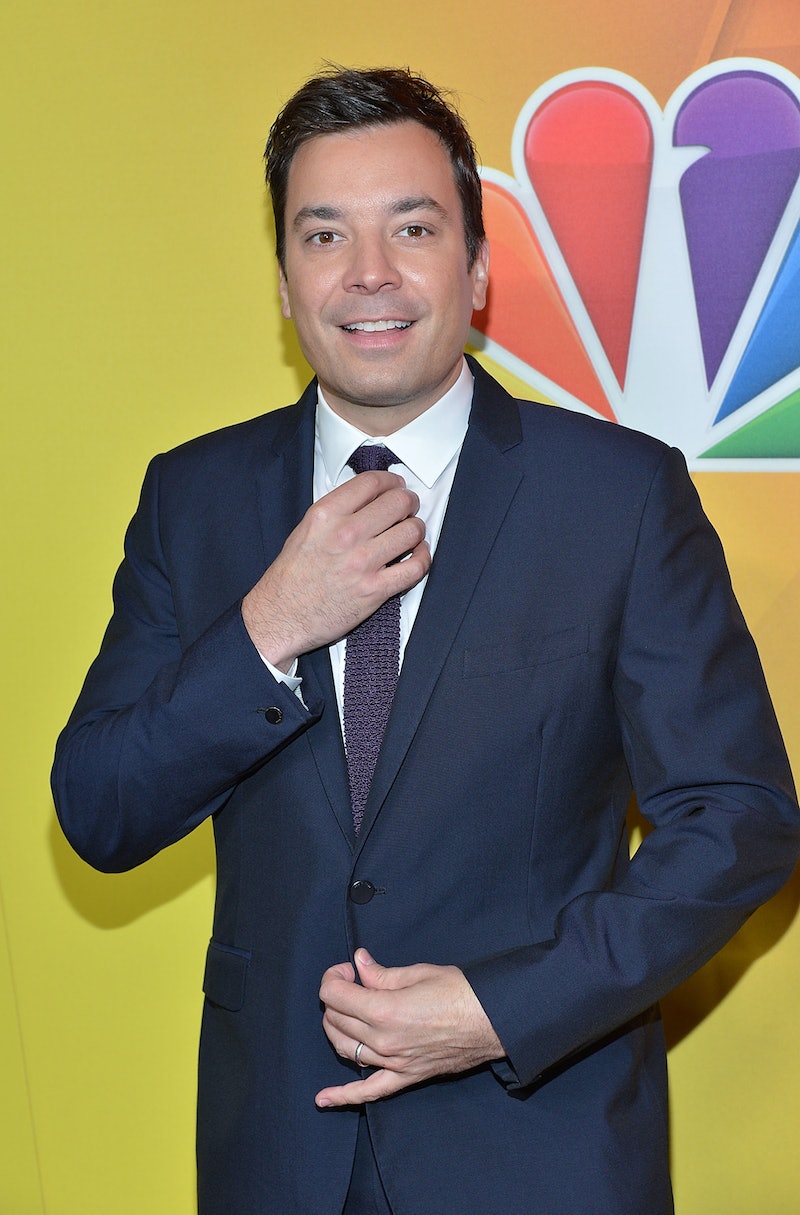 Jimmy Fallon does literally everything. Be hilarious and always break character when he was on Saturday Night Live? Check. Star in movies and make us love his cute, funny face even more? Check. Finally convince NBC executives that someone other than Jay Leno can successfully host The Tonight Show? Checkity check! And now the late night host can add one more title to his long list of jobs: author. Jimmy Fallon has written baby book!

That's right, everyone! Our favorite funny guy wrote a children's book for babies and it's just about the cutest thing in the world. The topic is just so Jimmy. Fallon wrote a book called Your Baby's First Word Will Be Dada because apparently his daughter, Winnie Rose, did not give him what he wanted.

The picture book — available June 9 (yikes, that's forever from now) — features various farm animals coaching their babies on saying "dada" as their first word. Fallon joked, "This is one of the few celebrity books that you can tell was actually written by a celebrity." Amazon.com tells us a little more about this upcoming book:

Your baby’s first word will be... "Dada!” Right? Everyone knows that fathers wage a secret campaign to ensure that their babies’ first word is "Dada!" But how does it work? One of the most popular entertainers in the world and NBC's The Tonight Show host, Jimmy Fallon, shows you how.

I can just imagine Fallon sitting on the floor with his first baby, trying to get her to say the word "dada" as she just adorably stares at the ceiling, drools, or does whatever tiny humans do. Then she probably said "mama" and ruined Fallon's life so much that he needed to write a book about it in order to work through his hurt feelings.

This isn't Fallon's first foray into the wonderful world of children's books — Snowball Fight was published last January — but this is the first one geared toward ages one through three, unless you throw snowballs at your three-year-old, which I strongly advise against.

I've got some ideas for other baby books Fallon should write, just in case he's looking for a little more inspiration.

The "Box of Lies" segment on The Tonight Show is absolutely hilarious and Fallon is such a good liar. He crushed Emma Stone with an ingenious lie about a tiny squirrel surfing on lettuce and I think America's children have a lot to learn about the art of convincing lies.

Babies are naturally cute dancers once they manage to stand up on their chubby legs. However, who wouldn't want an instructional picture book of how to dance like a dweeb? I'll take three, please and thanks.

After saying "dada," it's totally normal for babies to say "ew," right? They could learn a thing or two about super cool fashion, too. Oh my gosh, EW!

Your Baby's First Friend Should Be Famous

Fallon's friendship with Justin Timberlake is a thing of beauty and I think he is in a great position to share tips on securing famous friendships with toddlers everywhere.