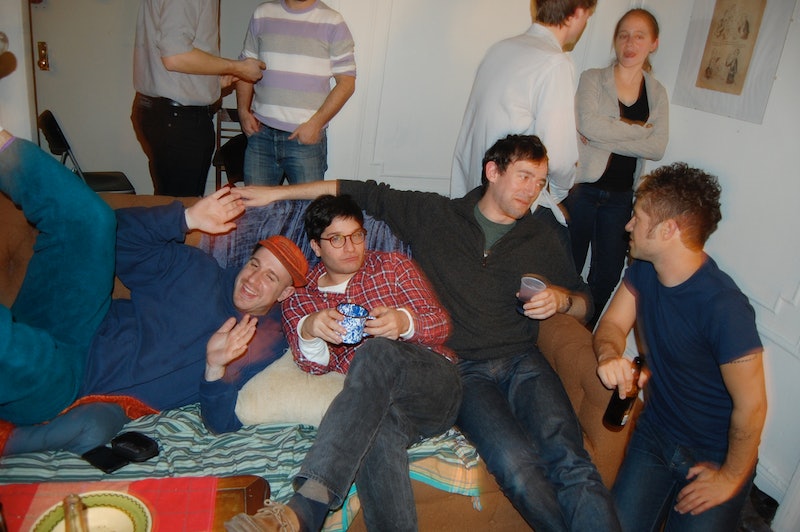 Dude bros. The guys we love to hate (but mostly hate), are loud, obnoxious, and enjoy nothing more than jumping parties, terrible shirts and objectifying women. But not this Russian party bro: he loves a bit of tit, but when asked what the most important part of a woman is, he says her "soul", as he back pedals in a rare heartfelt dude bro moment. In the midst of a party, speaking to a female interviewer, he first tells her he wants "Tits, more tits!" But seconds later he reflects, and changes his mind. The most important part of a woman, he says, with a completely earnest expression, is her soul. God bless the hilariously radical shifting that happens in the course of this short video.

It helps that whoever edited the video added some reflective music to the video when the dude bro speaks about soul, but it's still jarring to see this party boy, in his natural environment, getting deep and feels-y. The way his whole expression changes when he talks about a woman's soul is weirdly endearing, and it's one of those teen movie moments where the misunderstood jocks shows that he actually has emotions too. But then at the end, he sort of ruins it for himself by bringing up tits again. We see you bro: we know you're only objectifying tits as a means to protect the soft heart that resides within. You don't need to hide any more.