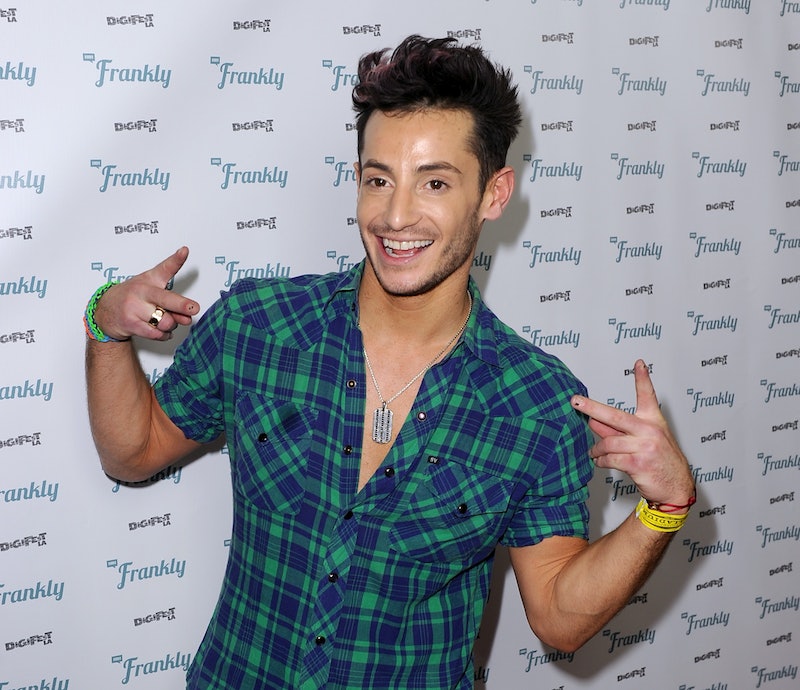 Looks like musical talent really does run in his family. According to People, Big Brother 16 contestant (not to mention Ariana Grande's big brother) Frankie Grande has nabbed a new role on Broadway, and it sounds like a big one at that: Apparently, the 31-year-old is set to star in Rock of Ages as Franz beginning next mont, something that's been a dream of his for a while.

People broke the news today, with a quote from Grande expressing his excitement at the dream opportunity: "I'm so unbelievably excited," he said. "I have wanted to play Franz ever since I first saw the show. I think it is one of the best, funniest, most clever roles."

Grande, if you're not familiar, has actually been on Broadway before: Prior to Big Brother 16, he was a cast member in the musical Mamma Mia! on Broadway, and he's also produced productions of Hamlet and Born Yesterday. This will definitely be his biggest role yet, though, so it's a huge deal — not to mention exciting.

"We are beyond thrilled to have Frankie return to Broadway and join the cast of Rock of Ages," producer Scott Prisand reportedly commented on the casting. "With his exceptional, triple-threat talent and effervescent personality, he is the perfect match for our show and the role of the hilarious and endearing Franz."