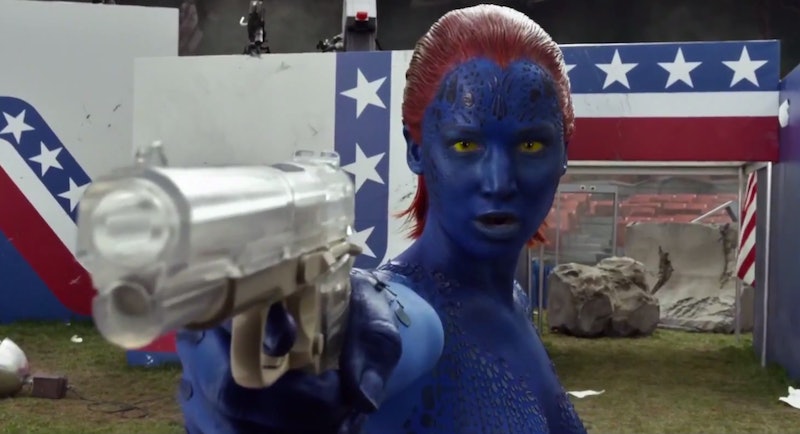 When it comes to endless franchises, X-Men: Days Of Future Past was undoubtedly a game changer — it did retcon all of X-Men: Last Stand, after all. It is, just in general, a movie that is juggling a lot of things, and one that's responsible for setting up the whole next push of movies for the franchise. So Screen Junkies had a lot to cover for its Days Of Future Past Honest Trailer. And cover it they do.

Amongst the things that must be addressed: Hugh Jackman's permanent presence ("Wolverine returns, for the seventh fucking time."); the fact that so effing many people get killed off in that movie (they call it a "super-powered snuff film where everyone dies."); the argument that hey, couldn't Quicksilver's powers be super helpful for every problem they have in this movie?

There's a lot going on here, but there's one issue brought up by this Honest Trailer that's really got me thinking: Doesn't the fact that we see all of X-Men's flagship characters alive, healthy, and happy in the future at the end of this movie completely undermine the stakes of the upcoming X-Men: Apocalypse? How are we supposed to give in to the thought that these characters and their world might be in peril when we've seen their future and it's super hunky-dory? I suppose we shall see.