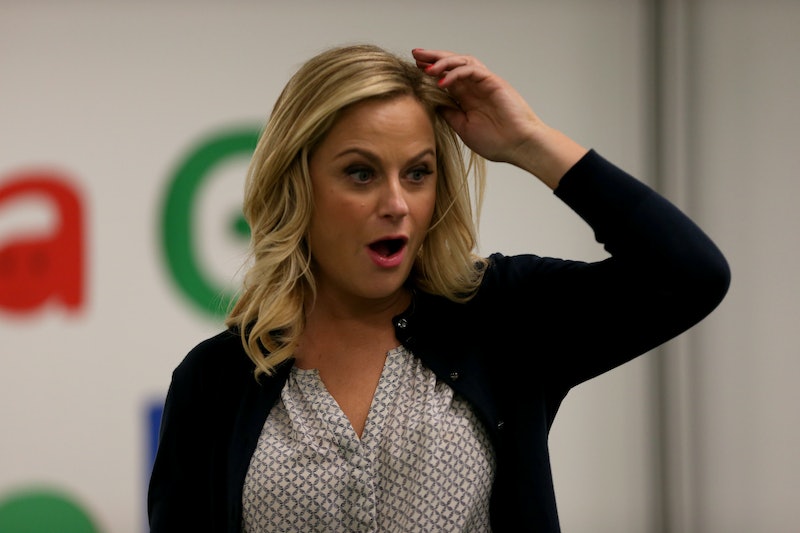 Parks and Recreation is heading into its final season soon enough, so the next question becomes: Where will its amazing cast and crew go once the curtain has set on Pawnee? We already know Chris Pratt's heading for hunky movie stardom, and that Amy Poehler can do pretty much whatever the heck she wants. One of those things she obviously wants is to create a lot of content with a lot of amazing women. Most recently it was announced that Poehler and Parks writer Aisha Muharrar are producing another workplace comedy. Considering what these women have already done I'm gonna just go ahead and assume this is gonna be great.

The show, which will be single camera a la Parks and Rec, will focus on an agnostic woman who inherits a church and all of its devoted parishioners. Muharrar's been a producer on Parks since 2012, and as Vogue once wrote in a profile calling her the show's star writer, she's "been credited with playing a pivotal role in shaping the show’s sunny brand of comedy with a warm writing style her peers have described as 'funny with heart.'"

I really do love Poehler's producing habits: She helped Broad City make the jump from great web series to great Comedy Central show as an executive producer, and just last week her Smart Girls At the Party announced a partnership with Legendary that will bring even more content to ladies. Funny ladies pushing forth more funny ladies? Yes, please.