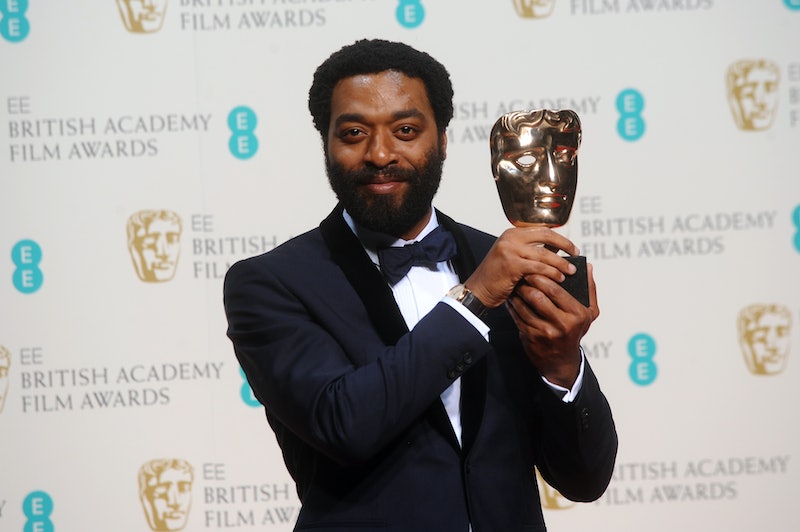 If you weren't convinced before that the cast of Ridley Scott's upcoming flick The Martian was amazing — though, I find that hard to believe, considering Matt Damon, Jessica Chastain, Kristen Wiig, Kate Mara, Sean Bean, Donald Glover, Michael Peña, and Jeff Daniels are all signed on — perhaps news of its newest addition will change your mind. According to EW, 12 Years a Slave star Chiwetel Ejiofor has joined The Martian , along with Captain America's Sebastian Stan and What If's Mackenzie Davis. With all these major stars, it's like this film is going to be the sci-fi version of an ensemble Love Actually-esque romcom or something.

The film, which is set for release in late 2015, follows the story of an astronaut (portrayed by Damon) who is accidentally left on Mars by his crew during a mission when they think he's dead — something I'm sure Sandra Bullock can agree is not the best turn of events. "It’s quintessential Robinson Crusoe," director Scott reportedly told EW of the film.

So, real talk: Is it too soon to be saying that I already sort of want to line up outside of a theater to wait for this movie because I'm so excited about it?