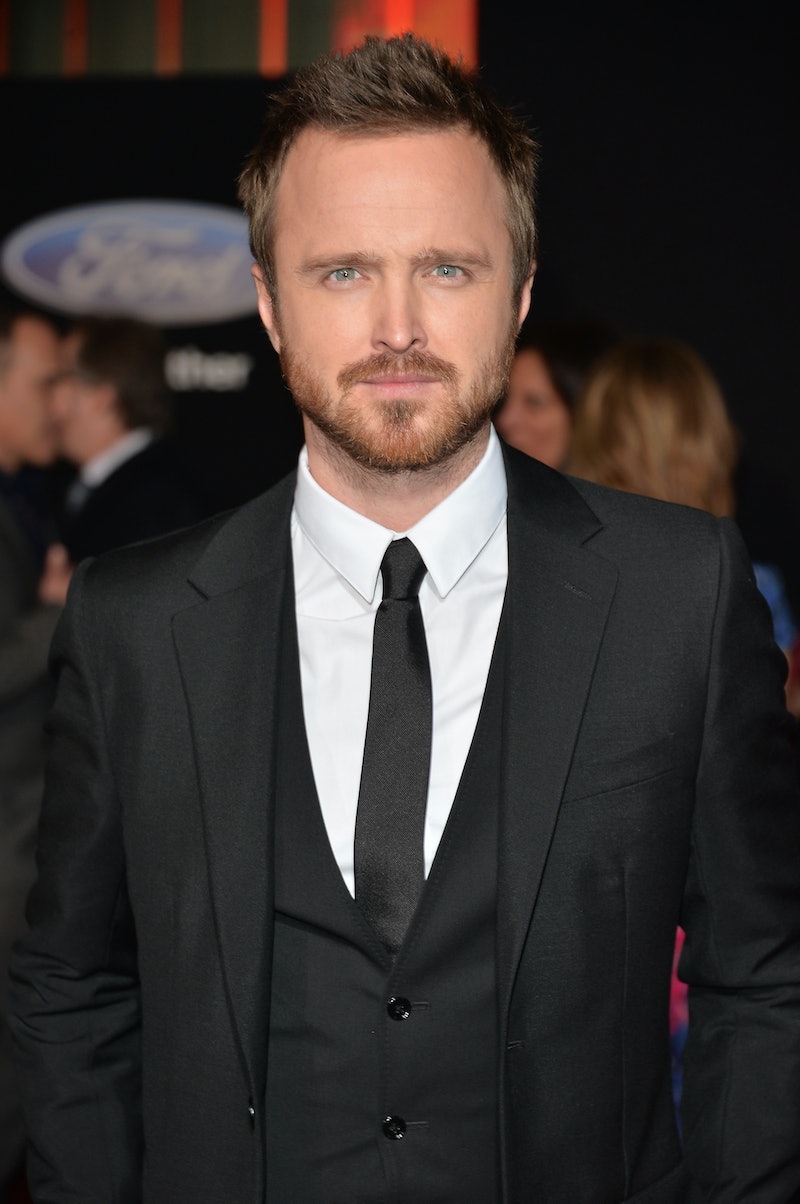 Did you hear about that doll version of Breaking Bad's of Walter White that came with a sack of cash and bag of meth being sold at Toys R Us? Yeah, so did Florida mom Susan Schrijver who petitioned it be banned from stores and she won. Well, Aaron Paul is not happy with Toys R Us or the woman in charge of having the doll pulled from shelves. On Thursday, the actor took to Twitter (where we all go to voice our heated opinions of certain situations that just rub us the wrong way) and posted his disdain over the decision.

Before I get to his tweets, here's what Schrijver's petition says,

Toys R Us is well-known around the world for their vast selection of toys for children of all ages. However their decision to sell a Breaking Bad doll, complete with a detachable sack of cash and a bag of meth, alongside children's toys is a dangerous deviation from their family-friendly values.

The company responded by saying, "Let's just say, the action figures have taken an 'indefinite sabbatical,'" aka they are gone for good.

Paul finds this ridiculous, especially since violent video games, guns, knives, Barbie dolls (which some find to promote bad body image), among many other toys, are still being sold, and wonders how it makes sense to pull one doll and keep the rest. Honestly, he has a good point. If you don't want your kid to have a Breaking Bad doll, then just bypass it in the store, just like you would any other toy. Would I personally purchase the doll for my child (if I had one)? No, I would not. I just don't find it appropriate for a child, but I see where he's coming from.

My favorite tweet? The one he made up by President Barack Obama. That's just how passionate Paul is about this subject. It's unlikely Paul's argument is going to get the doll back on shelves, but clearly, that's not going to be from lack of trying.