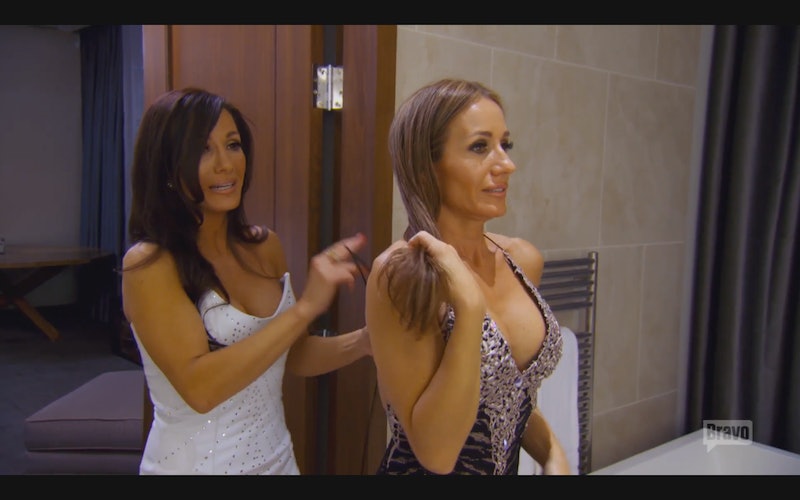 After the sobering end of the regular season as all the 'wives reacted to Teresa Giudice's sentencing, Bravo has saved a lot of lighter moments for The Real Housewives of New Jersey "secrets revealed" episode. First up was a sexy trip to Atlantic City that went horribly, horribly wrong… for so many reasons. First of all, only someone not particularly acquainted with New Jersey thinks of Atlantic City as sexy or fun (a new Bravo producer, perhaps?). Atlantic City is awesome if you are a 60 to 80-year-old penny slot machine devotee with comfortable shoes and a fondness for buffets. To everyone else, it's just sad.

So the ladies, all N.J. residents who know better than to be excited, buckled up and head down the Turnpike, where we realize problem number two: they all have their period. Every single one. Now, I understand that we're in the 21st century, and having your period is not an impediment on doing just about anything, but I think pretty much the last thing any woman would want to do while suffering through cramps and PMS is go on a trip with five other women they're not exactly on great terms with and a dozen people with cameras who just want to see all six get into arguments. I was wincing watching all of the women strap themselves into teeny-tiny dresses and slather on self-tanner while complaining about jumbo tampons.

But then, probably the worst thing about this trip is that after driving a few hours in a cramped "bachelorette party" bus and drinking like there's no tomorrow, the women are forced to participate in the indignity of burlesque dancing lessons. These forced "sexy" encounters always feel uncomfortable. But, to be fair, a big secret was revealed: we finally know the source of that shot of Amber shimmying in the opening credits. 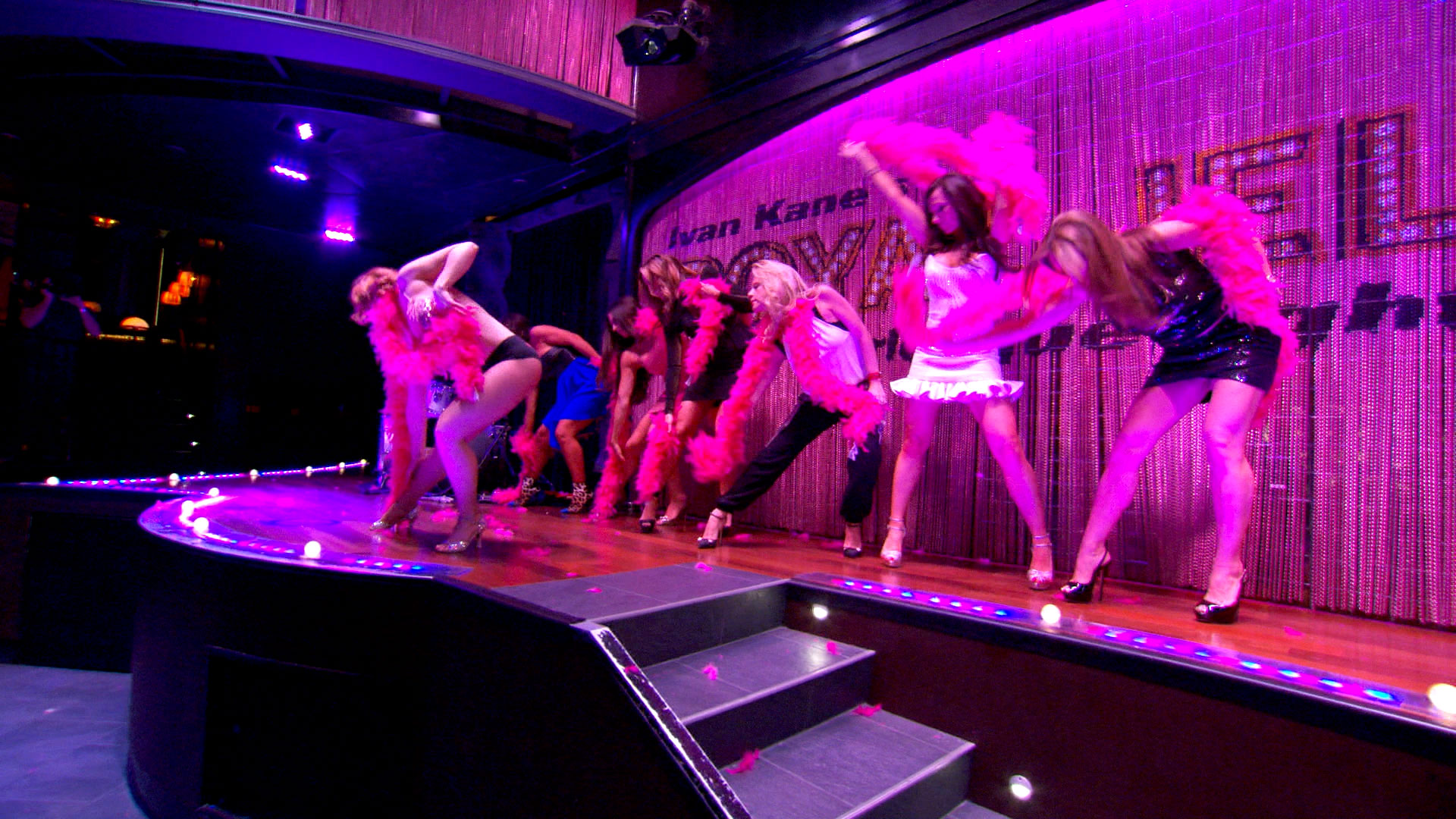 Seriously, though, we did miss out on a pretty big fight. Watching the twins strike out so early and provoke a big argument goes against the sympathetic portrayal we watched for all of Season 6. Once again, just like when that Rino/Santa rumor popped up, they're spinning the argument away from them being late to Amber being "rude" by only saying that they were leaving instead of knocking. Then, when she walked away from the argument with Dina, they throw digs at her behind her back. And when things adjourn to the hotel suite, Amber again tries to bring up her issues with how the twins have treated her, and again, they talk over her. It certainly puts the rest of the season into a different light. After being treated like that, Amber seems a lot more likable. And the twins? They've proven that they can test anybody's patience.