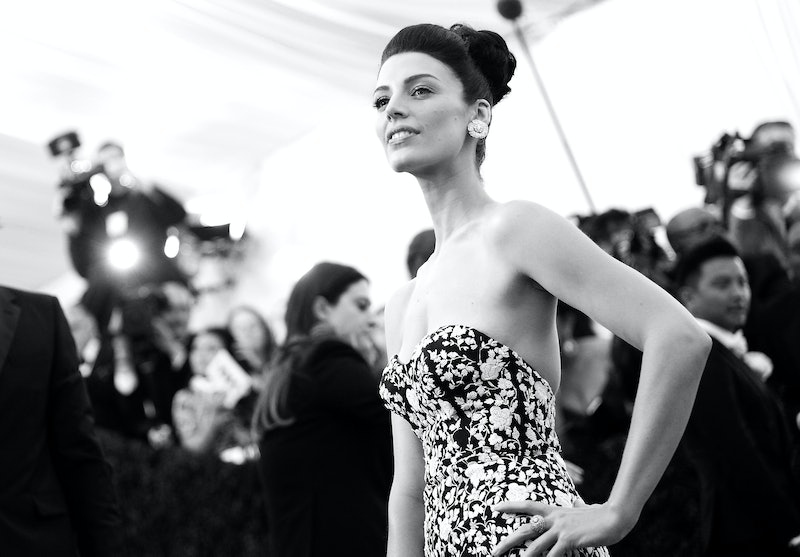 So the beautiful Jessica Pare is pregnant, but unfortunately that doesn't mean that and Don Draper have a surprise child on the way. On Tuesday, Us Weekly announced that the Mad Men actress is certainly with child with John Kastner. And though a real-life Pare pregnancy would make great television, unfortunately, the final episodes of Mad Men have already been taped and finalized. Boo!

Besides the sartorial possibilities that are being missed here — can you imagine Megan Draper in floaty, fabulous maternity dresses? — a child between Don and Megan might have been exactly what they needed. OR it might have been the straw that break's Don Draper's back. Going into Mad Men's second half of its final season, it's unclear whether Don will redeem himself or if he'll just continue his campaign for being voted Worst Man Ever. I do hope that the former is more true, because I want to see him and Sally Draper fix things. But I don't want to see Jessica Pare leave the show; initially, I was totally opposed to the idea of her, but she really brought another strong, female presence to Mad Men, and it was great to see Don Draper actually being challenged.

Not that I want Don Draper to mess up another kid with his fickle fathering, but at least if Jessica Pare's pregnancy had aligned with the filming, it would have been an interesting twist.