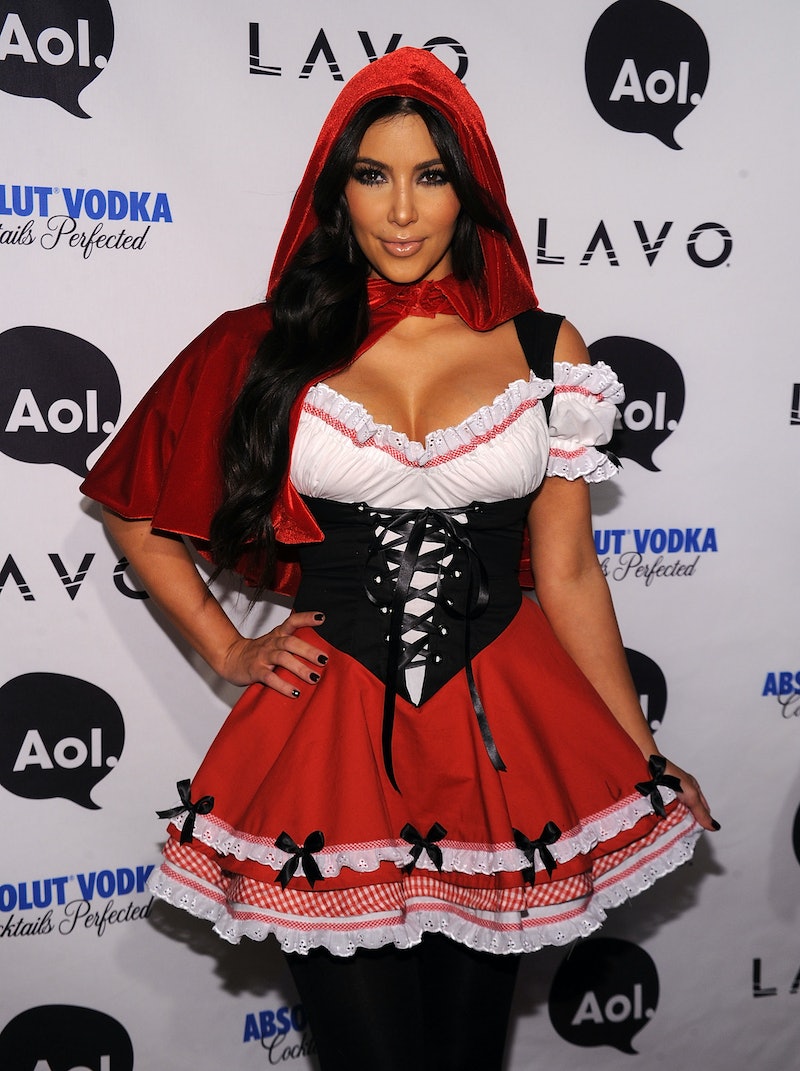 Oh the struggles of being a Kardashian. On Friday afternoon, Kim Kardashian revealed North West's Halloween costume and, naturally, it's totally adorable. The Keeping Up with the Kardashians star posted three photos of North running around in a skunk costume on Instagram and I both awww-ed and was surprised that North wasn't wearing something made out of leather. But, now that we know what North's 2014 costume is — what will Kim Kardashian's 2014 Halloween costume be? On Thursday, Kim tweeted that she had four costumes to choose from, but the star has yet to reveal which was the winner. So, naturally, we have some guesses.

Kim Kardashian goes all-out when to comes to Halloween costumes — I mean, did you see her multiple Halloween #tbts? Did you see the above photo? And apparently, Kim's really gotten into DIY outfits recently, so her 2014 costume will, possibly, not just be awesome but also handmade. (Kardashian Kollection should really get Kim to do a capsule collection of handmade items.) With the fact that Kim's always winning Halloween and knowledge of her social media presence over the past year, here are the four costumes Kim is possibly choosing from:

I mean, the Kim Kardashian: Hollywood character is obviously based on Kim's inner dark side, right?

Kim clearly already knows Elsa's famous song and I feel like North would be a big fan of this one.

The Fault in Our Stars Hazel

Remember when Kim tweeted about seeing TFiOS multiple times with her family over the summer? Such an intense love for the film might have made dressing up like Hazel for Halloween a top choice.

She had the most-liked picture on Instagram, after all. It makes perfect sense.