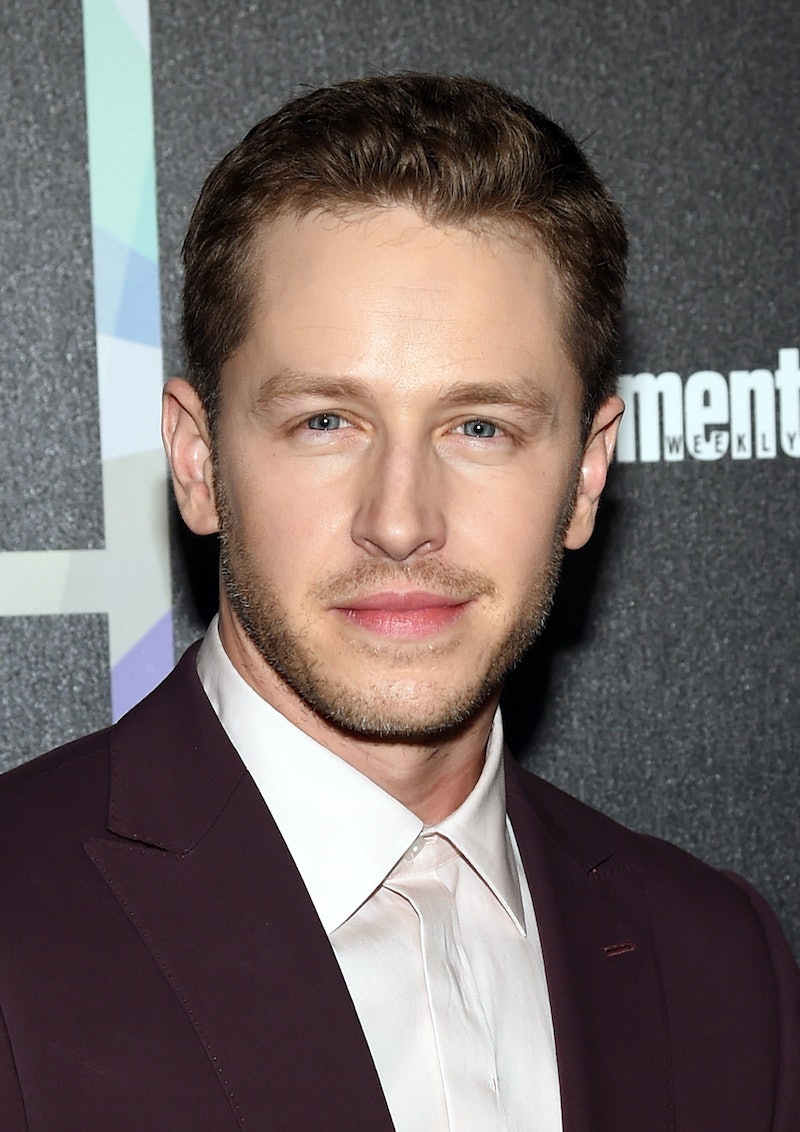 Not only does he play a TV dad on ABC's hit fairy tale drama Once Upon a Time, but Josh Dallas also gets to be a father in real life to his son Oliver with wife and on-screen love Ginnifer Goodwin. In an interview with DA MAN, the actor chatted about how much he loves his son and what an eye opening experience becoming a father is. He told the magazine, "It makes you open your eyes to the world again. Your child is seeing and experiencing things for the first time, so you can relive things through their eyes."

Last May, Dallas and Goodwin (or as they're known on the small screen, Charming and Snow) welcomed a sweet baby boy into their real life fairy tale. Named Oliver Finlay, the duo have expressed nothing but happiness about parenthood, which is very similar to their characters on the show. (They have two children on the show, Emma and Neal.)

Like the love he has for his son, Dallas also has an immense amount of love for his wife. When being asked about working with Goodwin every day he responded, "It’s great because we have real trust in one another. There’s absolutely no fear between us when shooting a scene, which makes for a better performance in my unbiased opinion."

Can you say adorable? I'm pretty sure he's even more charming than his character on OUAT.