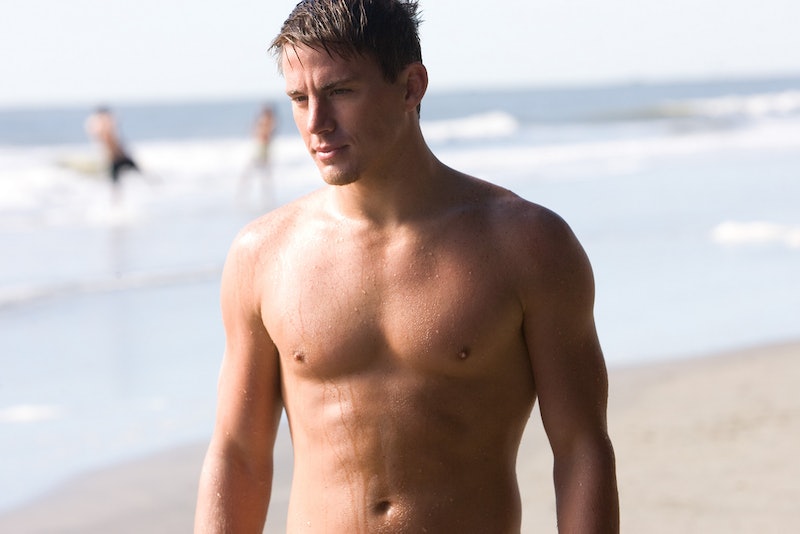 Latest chapter in La La Land folly: the manorexic teenage boy. While eating disorders majoritarily affect women in most of the Western world, Los Angeles stands out for its gender equality in terms of body satisfaction. That's right, these California men are as likely as women to use vomiting, diet aids, and laxatives to achieve an out-of-reach ideal, according to a recent high survey of high school students published in the LA Times .

According to the survey, conducted by the Centers for Disease Control and Prevention and the Los Angeles Unified School District, 5.2 percent of high school boys had recently induced vomiting or used laxative—a figure twice as high as the national average.

Experts blame this trend on the proliferation of buff men in the media—LA Times mentions watching "Channing Tatum strip as 'Magic Mike'" as an influence. Roberto Olivardia of the Harvard Medical School psychiatry department argues that this is a relatively new phenomenon. "Boys are growing up now with the billboard of the guy with perfect pecs and biceps," he said. "You just didn't see that years ago."

Andrew Shrout, a 19-year-old Berkeley student, echoed the strain young men feel. "Men are pressured to have as little fat as possible—but you've got to pretend like you don't watch what you eat," he said. It is unclear whether this high percentage is the result of an increase in eating disorders or simply an increase in cases reported. Whatever the explanation, the traditional approach to eating disorders as a woman's issue needs to be revised to encompass men's experience.

More like this
How To Fight For Reproductive Rights, Based On How Much Time You Have
By Courtney Young
5 Crystals To Manifest Better Sleep
By Megan McCarty
Michigan’s Governor Is “Going To Fight Like Hell” To Protect Abortion Access
By Andrea Zelinski
Yomi Adegoke On The Offline Diaries & The Power Of Representation
By Jessica Morgan
Get Even More From Bustle — Sign Up For The Newsletter