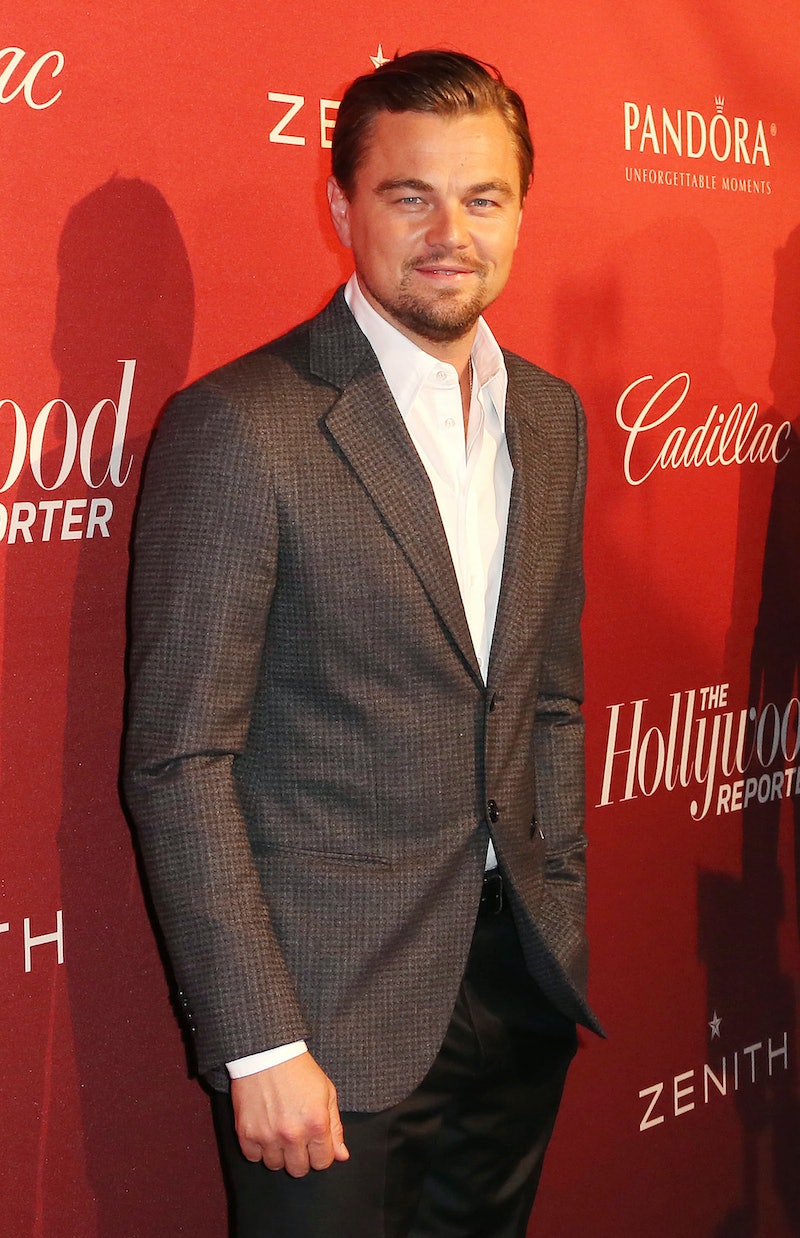 You know what they say: you're only as old as you feel. Apparently, this actor is taking that to heart, because Leonardo DiCaprio celebrated his 40th birthday (can you believe Jack Dawson is 40?) like a 20-year-old living it up at a college frat party. Per E! News, The Wolf of Wall Street actor partied at Soho House in Los Angeles with a bunch of his celebrity friends — "100 of his closest friends," to be exact. Those besties included Jonah Hill, Tobey McGuire, Kevin Connolly, Emilie Hirsh, Adam Levine, Tyrese, Russell Simmons, and Robin Thicke. However, his girlfriend Toni Garrn couldn't make it due to a work conflict, at least according to the website's "insider" and her Instagram. However, that didn't stop DiCaprio from living it up.

First, he showed up at the members' only club at around 11 p.m. (the time I was in bed watching Netflix), where a source said the birthday bash was "rather intimate despite its high energy." Reportedly, they all busted out dance moves to oldies and were "jamming out." Yeah, I'm going to need a video of Leo dancing, stat. Also, guests did not sing "Happy Birthday" to the birthday boy and didn't even eat cake. Sorry, if I'm attending a birthday, I'm going to need cake.

Don't worry, because that didn't put a damper on DiCaprio's evening. After the party, he headed to an after party (maybe they had cake there?). Also, since it is such a milestone birthday (he is over the hill now) DiCaprio held another "get-together" at his home over the weekend.

Three parties? Leo, you sure know how to party, and I like it.