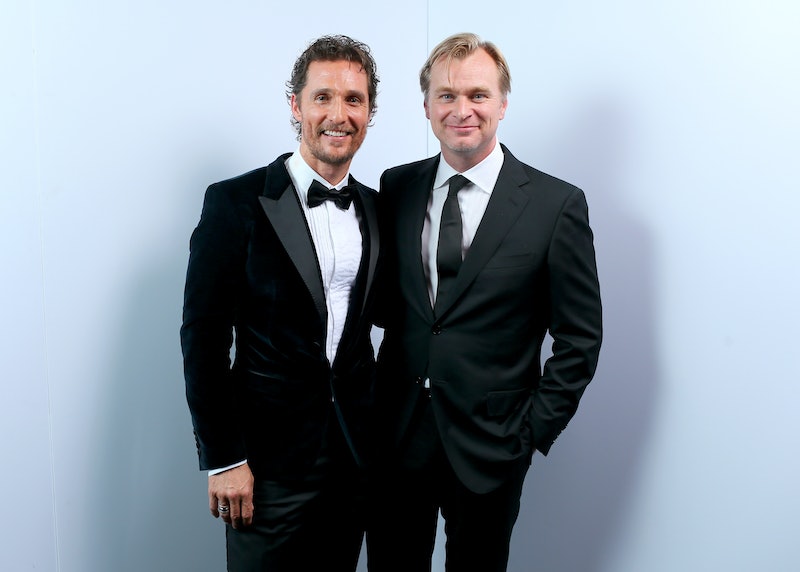 It must be a special kind of feeling to have to make a public declaration that that thing that's got people confused and/or complaining in your major blockbuster film was on purpose, you guys, I swear. But that's exactly where Interstellar director Christopher Nolan is right now: Defending Interstellar 's sound mixing. Because if there's one thing we have to remember about Nolan it's that he may be the man behind some of the past two decades' most memorable blockbusters, but he got there in part because he considers himself a capital-a Artist, and for him that does not include playing it safe.

I have to admit that my theater either didn't follow through with Nolan's plans or I was just in a super oblivious place on the film's opening night, because I remember absolutely nothing about the sound for this movie. Regardless, though, a lot of other people did, and the issue Germain Lussier brings up in Slashfilm's exploration of the sound mix did make me remember how drowned-out the dialogue was in that first scene:

From almost the very first scene – a plane sequence – the dialogue is almost completely inaudible under the music and sound effects. In that scene, maybe it was intentional. We’ll let it go. Later, in a scene where Coop (Matthew McConaughey) closes the window to his daughter’s room, his command for her to leave is only recognizable because she does so visually. Once the film gets into space, multiple bits of comic relief with the robot TARS are missed because of the sound. Those are just a few points.

Now Nolan's confirmed to The Hollywood Reporter that it was all intentional, and not some glitch:

Many of the filmmakers I’ve admired over the years have used sound in bold and adventurous ways. I don’t agree with the idea that you can only achieve clarity through dialogue. Clarity of story, clarity of emotions — I try to achieve that in a very layered way using all the different things at my disposal — picture and sound.

It would arguably take multiple screenings to understand much of any of the details of Interstellar, so maybe it's fitting that the sound is among that cluster of things that lack clarity. It's certainly a risk, and we've barely even started the conversation about whether it's one that paid off, because people have been so caught up in assuming it was a mistake. This hilarious sign proves that:

Now that we know for certain that it was definitely intentional, we can talk about what this means for capital-c Cinema. And hey, do you think this could land Nolan an Oscar? What's the competition for the sound category like this year?