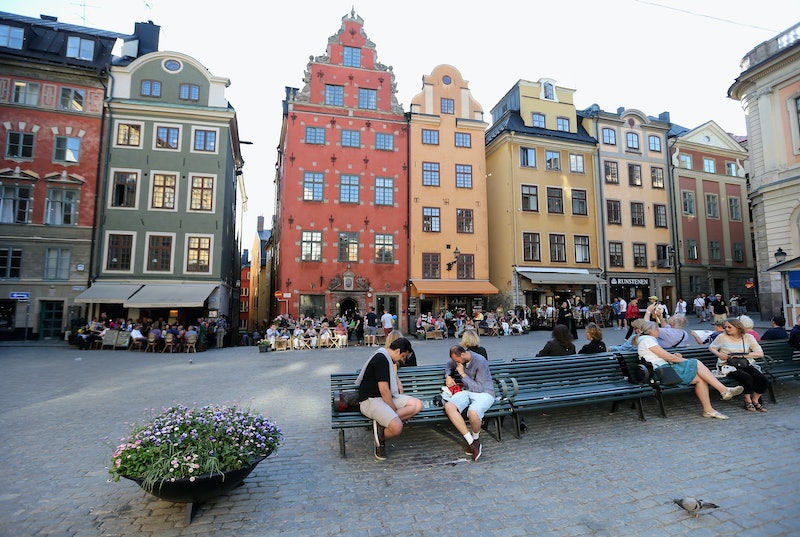 Have you ever opened your window and screamed out of it at 10PM on a Tuesday night? That's exactly what this dude did in Stockholm Sweden, and the way his neighborhood responds is unexpected (at least to those of us whose neighbors aren't nearly so awesome). When you scream out a window at night in New York (where I live), one of two things will probably happen: Everyone will either ignore you, or someone will call the cops. Because in a city like New York, a scream is either from an annoying reveler, or someone in distress. In Sweden, someone screaming at night is a great moment for a neighborhood "in" joke, because Sweden is a perfect utopia where no one is annoying and no one is ever being murdered. I type that without even a pinch of sarcasm.

SPOILER: As the young man yells out the window, slowly the neighborhood begins to light up with matching screams. At some points the amount of participants in the group scream makes the noise deafening, and in between screams neighbors can be heard giggling. I wonder if the Swedes ever get at least a little bit perturbed at having to join into this neighborhood joke every time someone starts the call. What if they were in the middle of The Mindy Project and had to get up to go to the window to scream back? I mean, you could be a real jerk about it and set off a neighborhood scream every ten minutes or so to interrupt people's evenings, if you were a real sociopath. But I guess that brings me back to my original point: no one in Sweden is the worst, and everyone is the best. Watch the entertaining video below and feel bad that wherever you live is no where near this fun.