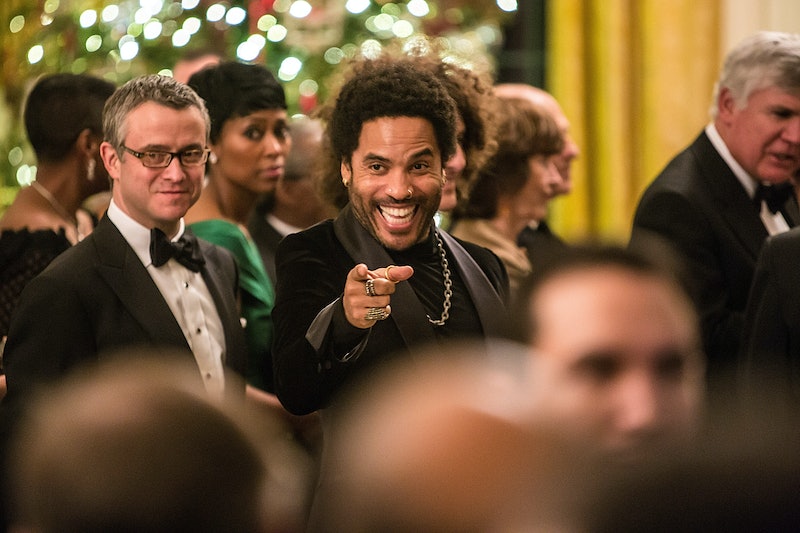 For so long Lenny Kravitz has hid the real truth from the public eye under the guise of his many roles: Singer. Producer. Instrumentalist. Actor. Nobody ever suspected the cold truth: that Lenny Kravitz is both a dragonfly, and a hopeless Milky Way addict. Or at least that is what I am assuming is the message of this seemingly ordinary and then extremely trippy lyrics video for Lenny Kravitz's "Fly Away." Before you even think about watching it, I feel a moral obligation to warn you that if you are currently under the influence of any drugs and/or alcohol...well, actually, you might actually be better off for it, because at least you can blame that on the incredibly strange emotions this new song rendition will make you feel.

The diabolical mastermind behind this, Neil Cicierega, is also the man responsible for creating the Potter Puppet Pals, one of the top ten most historically viewed videos on all of YouTube. And while one might suspect him of using the puppet pals for world domination, it has become clear to me that they have been a vehicle to unleashing this Lenny Kravitz truth all along. What kind of world will it be now that Kravitz's secret messages in the song have finally been exposed, after sixteen years of us all living in the dark?

If you're still in the mood to trip out a bit after watching the Lenny Kravitz video (hey, it's a Monday, you do you), then you should also check out "Too Many Cooks" on Adult Swim, which is perhaps the weirdest thing that has ever happened to television. It lulls you into complacency with its adorable cliché characters and then slowly but surely guts out the insides of everything you ever thought you knew. But make sure you warm yourself up by watching this first: