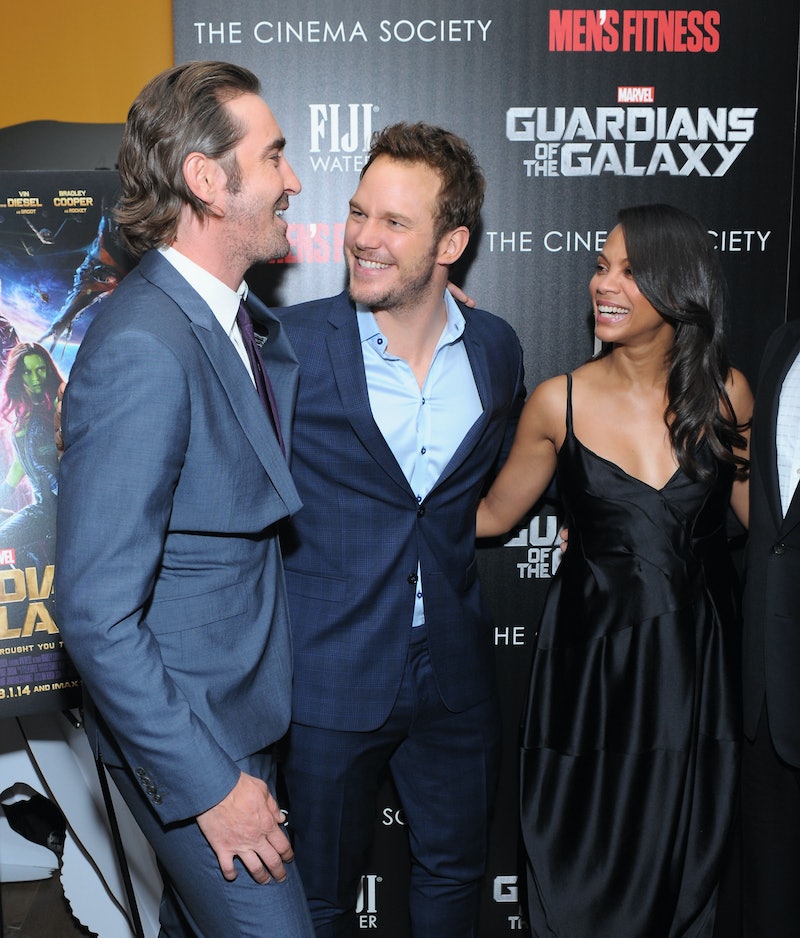 The climax of Marvel's most recent hit involved, to the delight of many, Chris Pratt's Peter Quill challenging the major villain to a dance-off. Ronan, played by Pushing Daisies and Hobbit star Lee Pace, tragically did not take him up on this. But hey, that's what bloopers are for, and the latest Guardians Of the Galaxy outtake involves the completion of the dance-off that never was.

Honestly, this dance-off is even more delightful than I expected it to be: On top of Pratt and Pace, Zoe Saldana and Dave Bautista joined in on the shenanigans as well. It was very cute.

It was already a moment of some pretty great levity when Peter Quill tackled the film's climactic problem with some distraction dancing — who does that?? — but imagine being in that theater watching that scene and Ronan actually taking Quill up on it. It's an unlikely occurrence, for sure, but c'mon, it would have been fun!

It's probably better this way: Guardians Of the Galaxy gets to remain what it was, and we still get to see the scene the way it was obviously intended to be, with Lee Pace dancing in full villain gear. Now if only Saldana had gone full Center Stage, everything would have been perfect.

More like this
Meet The Disney Imagineer Bringing 'Guardians Of The Galaxy' To Epcot
By Charlie Mock
What Does Doctor Strange’s Third Eye Mean?
By Arya Roshanian
Elizabeth Olsen's Chris Evans Friendship Update Was Accidentally Hilarious
By Grace Wehniainen
Wait, Did Wanda Die In 'Doctor Strange And The Multiverse Of Madness'?
By Arya Roshanian
Get Even More From Bustle — Sign Up For The Newsletter