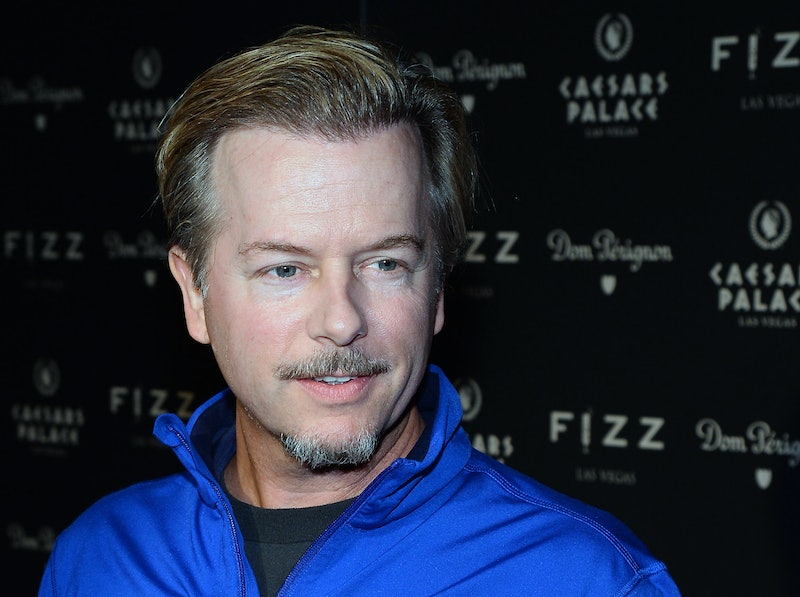 Remember David Spade's awful mullet-plus-facial hair combo in 2001's Joe Dirt? Of course you do — looks that bad really just get seared into the memory, like Britney Spears and Justin Timberlake's denim outfit combo, or Björk's swan dress. If you're one of the few that haven't seen Joe Dirt, however, boy...are your eyeballs about to hurt really, really badly. In a new post on his Instagram, David Spade shared one of his first personal pictures from production of Joe Dirt 2 : And it looks like he's fully back in character, and fully back in costume.

"Day 1. Lets get this s**t started! #imjoedirt #whatscrappenin," Spade wrote in the caption of the photo, which features him taking a mirror selfie with the terrible mullet-plus-facial hair combo that no person should ever be forced to have to don. As the caption states, filming on the project has just started, 7 months after it was confirmed by Spade himself back in April of this year.

Though the sequel isn't due out until 2015, I'm sure this is enough terrible facial hair to tide us over until then. Check the photo below: