We're not entirely sure when we lost our solid understanding of who James Franco is as a person, but it was certainly somewhere along the way. It definitely happened before the cornrows and grill in Spring Breakers, but that one sealed the deal. Now, Franco is teaming up with Jason Statham for more weirdness in the trailer for the upcoming Homefront. Franco plays a meth dealer named Gator, because of course he does.

Homefront is directed by Gary Fleder and written by Sylvester Stallone and follows a former DEA agent (Statham) who moves his family to a quiet town only to find himself head to head with the local meth drug lord (Franco). Things get violent pretty quickly. Along with Statham and Franco, the film also stars Winona Ryder, who has apparently not aged in twenty years.

See if you can take a few minutes to watch this trailer, because there's a lot going on and we're sure we only got half of it. Franco and Statham are very upset, as is Statham's character's adorable little daughter. Kate Bosworth is doing something, which consists of just generally being pissed off. There's a lot of running and sound effects and general violence.

The film comes out Nov. 27, so you have until then to study up on this trailer's quick cuts and fantasize about how much this movie's gonna remind you of that Liam Neeson movie Taken. You can also use that time to debate whether or not Statham thinks he's pulling off an American accent. 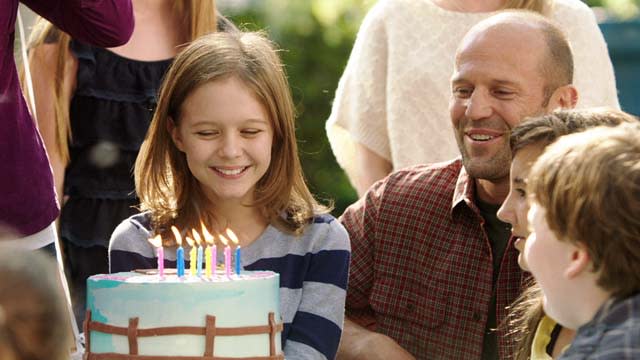