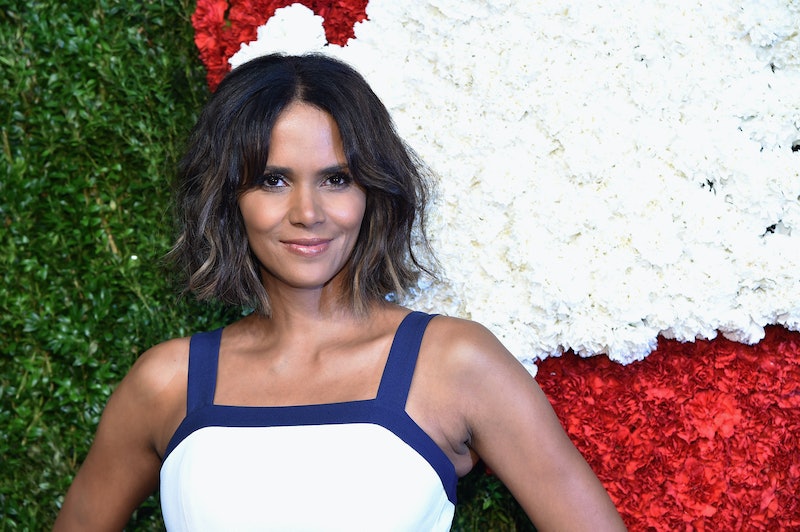 Halle Berry is taking her ex-husband Gabriel Aubry to court for the most badass reason: because he straightened and bleached their six-year old daughter's hair. Berry argued that charging that "the French-Canadian model, [Aubry], who is white, was trying to make Nahla appear less African-American." Damn girl, go in. Though it's certain that some will think that this is an overreaction, I think Berry's response was exactly appropriate.

White passing is a complicated issue: it affords non-white people of color who appear white certain privileges that non-white passing people of color do not have. Berry's lawsuit (which was settled that neither parent could alter their child's hair) is more than symbolic. Though the symbolism of the case is important, too: Berry rejecting her ex-husband's attempts to make their daughter look more white is a triumph of her power.

If you think that encouraging black children to accept beauty and reject white beauty ideals isn't a big deal, guess again. Berry, who is also a child of a white mother and a black father, is making a statement against her ex-husband's act. Especially in Hollywood, where whitewashing is rampant, it's always an encouraging moment when high-profile stars reject those principles. If Berry could afford the lawsuit, then why not?

Black hair culture is rich and layered, and that's why I think it's appropriate of Berry to have taken her ex to court. It's not something as simple as her daughter's appearance, but about her identity.