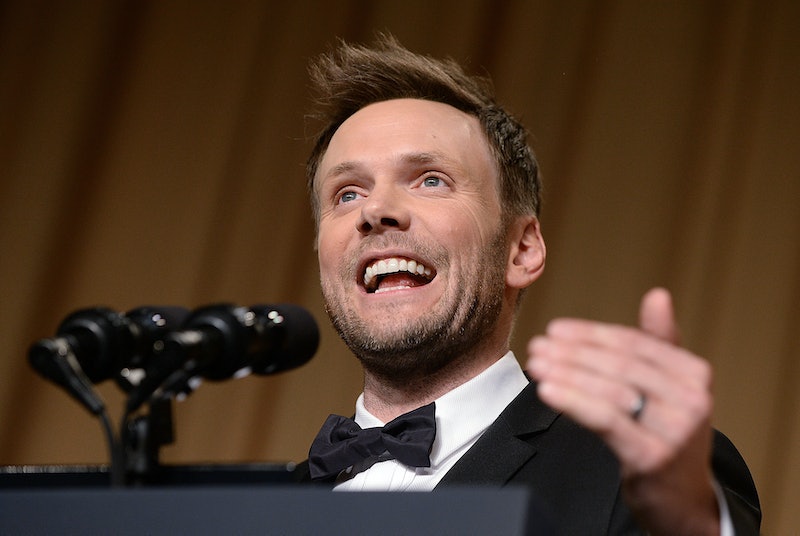 This probably won't be a troll takedown, but it's something: Joel McHale from The Soup and Community has gotten the go-ahead from his show's network to create a new show with presumably a similar format as The Soup, this time tackling internet comments sections. As you may know from being a general human being that exists and interacts with the world wide web, comments sections on any website are strange black holes of hatred and conspiracy theories and pure, dumb rage. But why!? Hopefully that's something McHale's new show, tentatively titled Comments Section and to star comedian Michael Kosta, will tackle.

Comments sections being unhallowed ground is nothing new. In an op-ed last year for the New York Times, contribute Michael Erard tries, pedagogically, to determine what exactly it is that makes comments sections "the most obnoxious development of the Web, the wild back alleys where people sound their acid yawps." What indeed? Chelsea Peretti recently took a crack at taking down comment culture in her new comedy special on Netflix, One of the Greats. In an interview with Vulture about her special, she talks about the distance that people put between themselves and celebrities when deciding to type out something disgusting and press enter with conviction. On talking to a friend about Britney Spears' depression:

My friend was like, “I have no sympathy for her! She’s rich. She’s famous. She has no reason to be depressed.” I think something happens where, if you’re at all in the public eye or making money, people’s sympathy just changes. You become an entity or an object instead of a person. There’s really nothing you can say to stop it.

Celebrities, entertainers and public figures aren't the only victims of insidious comment culture, of course. If you are ever reading any op-ed or think piece about feminism, classism, racism, rape, sexual assault on college campuses, victim-blaming, Bill Cosby, Woody Allen, drone strikes, "Obama's post-racial America," or Ferguson: I urge you, DO NOT SCROLL DOWN. Unless you want to lose whatever modicum of faith in humanity you have left.

That's where I get nervous; the point of Comments Section is to put on blast these ignorant vigilantes all across the web, typing furious vitriol from behind a screen. McHale should be careful, though, with the content of the show; there's no tact in having a show where every episode needs a trigger warning. I'm all for displaying people's ignorant comments on the screen to highlight just how bigoted, absurd and wrong they are, but hopefully the ugliness is contained and monitored.

More like this
“The Door Is Always Open” For Another 'Breaking Bad' Spin-Off, Says AMC Boss
By El Hunt
How Getting An Abortion Has Changed From The ’60s Through Today
By Amanda Chatel
Why You're Seeing Green Bandanas At Abortion Rights Protests
By Lexi Inks
The Most Powerful Photos From The Weekend’s Abortion Rights Protests
By Melanie Mignucci
Get Even More From Bustle — Sign Up For The Newsletter