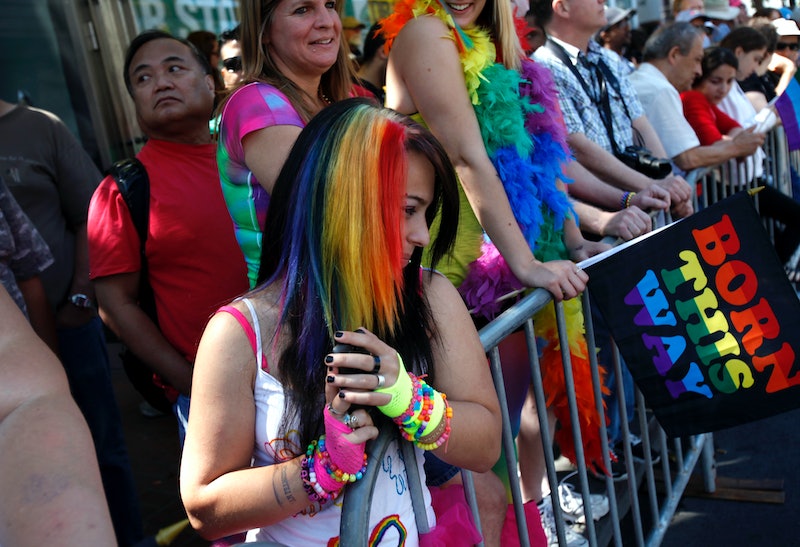 Someday I'm going to make a field guide of "How To Spot Ridiculously Awesome Parenting," solely so I can put these parents on the cover of it. In an almost unbearably adorable show of support, two parents released a retraction on their transgender son's birth announcement, to correct the original announcement which reflected the gender their child was assigned at birth. Formerly given the name Elizabeth Anne by his parents, the teen now goes by Kai Bogert, and the message from the cheeky but moving birth announcement could not be more clear: his parents support him one hundred percent.

I hope that the Bogert family has started a trend with this announcement, and I don't mean "parents of trans teens being awesomely supportive" although clearly that's a nice trend too. I mean "using local newspapers for heartwarming purposes because most news is bleak and awful." I would much rather read something like this "birth announcement." The spirit of it is celebratory and sweet, and the implications are profound. We all know that when parents have a child, they generally love no matter what. But the Bogert family makes an excellent point with this clever but relevant idea by showing that there shouldn't be a statute of limitations on that unconditional love. The people who are doing parenting right are the ones who recognize that. The people who are doing parenting very right are the ones who are fun enough to use the local paper to publicly reinforce that unconditional love in a silly way.

The teen and his parents hail from Brisbane in Queensland, Australia, where the birth announcement redo was published yesterday in the Courier-Mail. As well as supportive, it is both witty and sprinkled with some awesome Australian slang. I'll spare you searching into the underbelly of Google to find definitions like I did: "Sprogget" is slang for "baby" and I'm going to start using it everywhere immediately, starting now. Read the heartwarming post here: