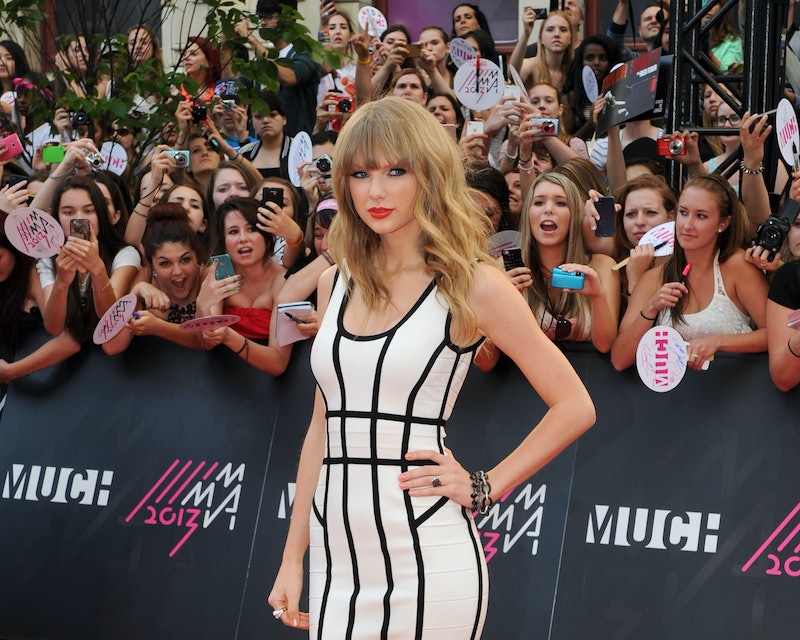 In a recent interview with The Daily Beast, Taylor Swift shunned the feminist label, causing an internet flurry (her actual words in response to the question of whether she considers herself a feminist were "I don’t really think about things as guys versus girls"). Now, there's a new Twitter account that plays make-believe with the singer's lyrics. Meet the awesome Feminist Taylor Swift:

And, check it out, Feminist Kanye even has his own response:

Feminist Taylor Swift is the brainchild of Clara Beyer, a rising senior at Brown University and a T-Swift fan who was disappointed with the lack of a progressive message in the pop star's music. Her satirical Twitter handle has Swiftly (see what I did there?) gained a large following. As of this writing, @feministtswift had over 72,000 followers.

In a recent phone interview with The Age, Beyer credited the popularity of Feminist Taylor Swift to a missing consciousness in the pop star's music. "It says to me that I'm not the only one out there who is feeling this discomfort with Taylor Swift lyrics," she said. Beyer's partner-in-arms Kevin Carty explained their mission. "We both believe in bringing more people into feminism and gender-critical conversations," said Carty, 20. "And the easiest ways to do that are to engage them with things they're already into in their daily lives," such as pop music.

Let this be a message for Swift: Her fans are asking for more. Beyer said Swift "could be a poster child for feminism, if she wanted to. She could take everything she's doing and say: 'I'm a woman who is in charge of her life. I don't let men in my life push me around.' "

The question is whether T-Swift herself will tune in. Word on the street is she's still dealing with being happy, free, confused, and lonely at the same time.