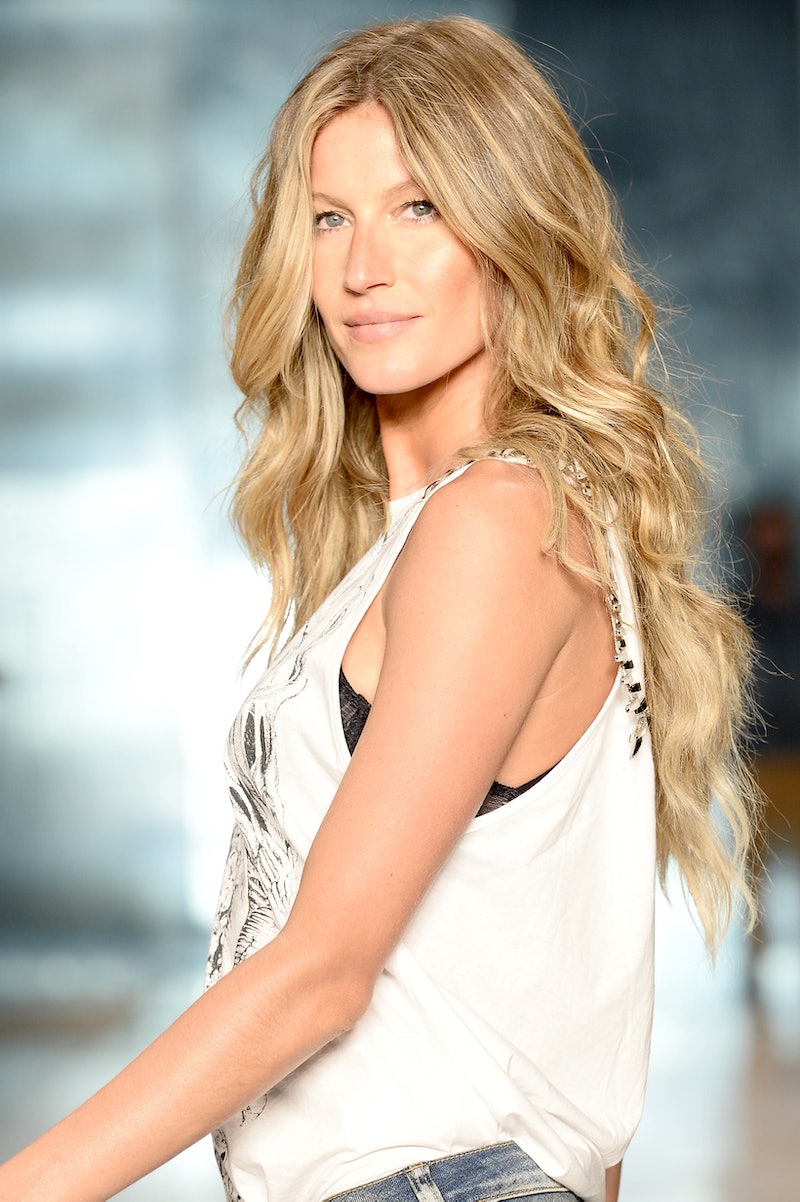 They may just be shoes, but this is the sexiest shoe ad I've ever seen. Gisele Bundchen's Stuart Weitzman Spring 2015 ad campaign has been released, and the Brazilian supermodel is going without one pretty major thing in the image — her top.

In the first released picture for the model's second Weitzman campaign, Bundchen poses topless (yes, again, but if it ain't broke don't fix it) in some baggy wool trousers and some pretty major strappy stilettos, lounging back and smoldering for the camera like "yeah, NBD." Even in the ad, Gisele retains her signature cool, laid back demeanor with minimal makeup and her blonde tresses in loose, undone waves cascading down her back. Just another day in the life.

The campaign was shot by famed fashion photographer Mario Testino, who took inspiration from the 34-year-old's inner tomboy and relaxed approach to fashion. Testino intended the black and white, stripped down images to elicit the intimate type of relationship between a woman and her shoes. Um, right, exactly. My shoes and I get all kinds of intimate. (Not entirely sure what that even entails.)

But regardless of the odd intention behind the campaign, the ad is absolutely stunning. But what else would you expect from a topless Gisele?