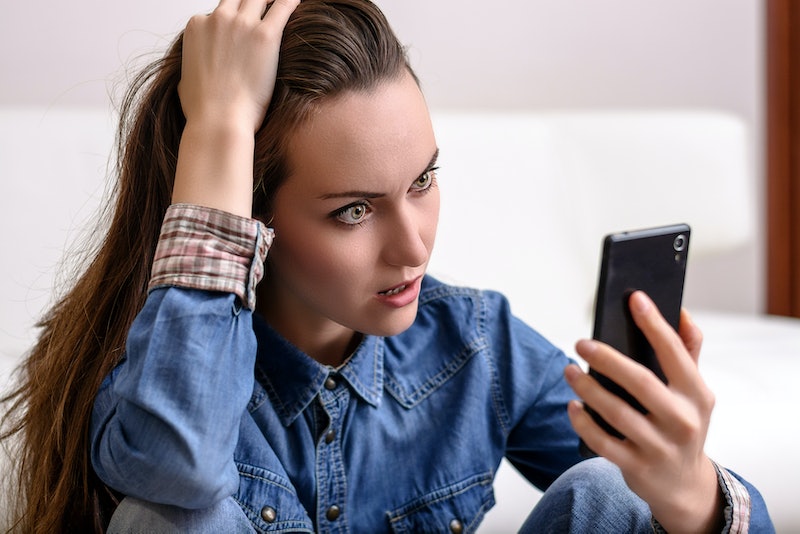 Big news for sassy Facebook users everywhere! On Thursday, founder and CEO Mark Zuckerberg said he's finally considering adding a "dislike" button to Facebook — so that we can, finally, communicate our disdain for content with just a click.

Whether the social media mogul will actually choose to change his liking and commenting model, which has more or less worked just fine since the site’s launch in 2004, is a mystery. Sure, a "dislike" button would help us communicate our feelings better, but it could also be used to insult people, or, worse, bully them. As much as I hate to say it, the gravity of “likes” and “dislikes” on social media is pretty substantial to many people. So needless to say, Zuckerberg has a lot to think about before he gives anyone the green light to make the change.

Here are some major world events we wish we would have been able to publicly "dislike."

Breakups are the Worst

Scientists believe all seven continents used to be one singular landmass, known as Pangaea.

The eruption of Vesuvius destroyed the city of Pompeii and was one of the worst volcanic eruptions in world history.

They're Coming to America

Famed explorer Christopher Columbus claimed to have discovered the Americas, despite Leif Erikson having discovered it centuries before, and the fact that the continents were already inhabited by indigenous people. No shade, though.

Van Gogh Gave Her an Earful

Famous painter Vincent van Gogh delivered a woman named Rachel his own ear — which he cut off himself — in 1888.

The Shot Heard Around the World

The assassination of Archduke Franz Ferdinand is widely credited as the catalyst for World War I.

Brrr — It's Cold in Here

The Cold War was a time of intense tension between the U.S. and the Soviet Union, which lasted for roughly 40 years.

Or Maybe It's Hot in Here

Vice President Al Gore has been a longtime proponent of global warming awareness and action. His documentary An Inconvenient Truth sparked worldwide interest/panic over the topic in 2006.

This Wasn't in the Job Description

The biggest presidential scandal in recent memory is that of President Bill Clinton’s affair with White House intern Monica Lewinsky.

More like this
How To Fight For Reproductive Rights, Based On How Much Time You Have
By Courtney Young
The Music Industry Continues To Fail Black Women
By Precious Adesina
Sarah Everard’s Killer Wayne Couzens Is Appealing His Whole-Life Sentence
By Sophie McEvoy
The Best Memes & Tweets From The 2022 Met Gala
By Olivia Rose Ferreiro
Get Even More From Bustle — Sign Up For The Newsletter