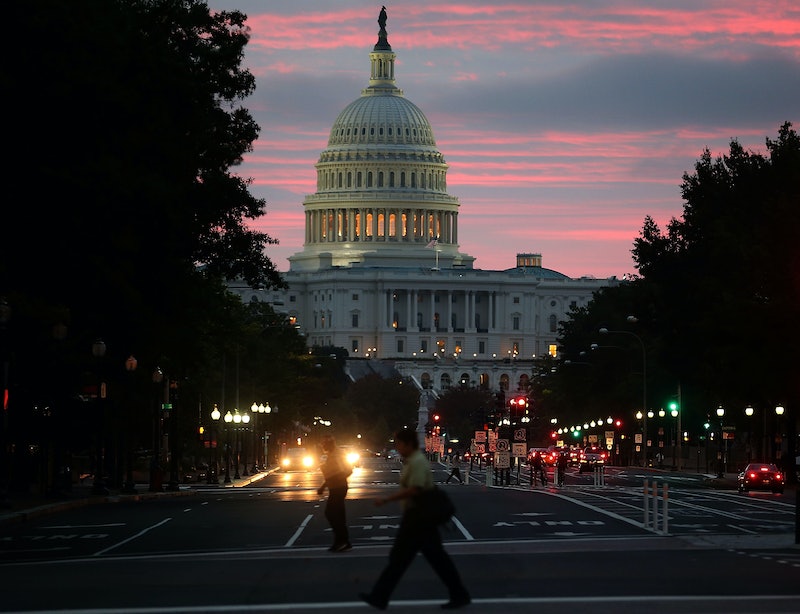 The nation just passed a collective sigh of relief as the Senate passed the $1.1 trillion spending bill that will prevent the government from shutting down. Despite Senator Ted Cruz's (R-TX) dissatisfaction with the legislation, his colleagues ultimately decided that keeping the federal government running was more important than partisan politics, and the bill now heads to President Obama's desk for final approval. In an unusual move, the Senate met on Saturday for discussion of the measure following continue delays set forth by Cruz and fellow Tea Party favorite Sen. Mike Lee of Utah.

The two senators insisted that Senate vote on the bill over the weekend, raising concerns with its constitutionality. But in a vote of 77 to 24, Democrats and Republicans alike decided that Cruz's objections were unfounded, and ultimately passed the bill by a margin of 16 votes, 56 to 40. Cruz's objection to the bill stemmed from the president's immigration policies, which will allow some 5 million undocumented immigrants to remain in the country. Republicans were generally unimpressed with Cruz and Lee's tactics, branding them as more annoying than politically savvy. Sen. Orrin Hatch (R-UT), said to Bloomberg, "You should have an end goal in sight if you’re going to do these type of things, and I don’t see an end goal other than just irritating a lot of people." Sen. Jeff Flake (R-AZ), concurred, saying, "I fail to see what conservative ends were achieved."

Regardless of any attempted stalling strategies, it seems that democracy has won out this time, and will keep the country running for just a bit longer.