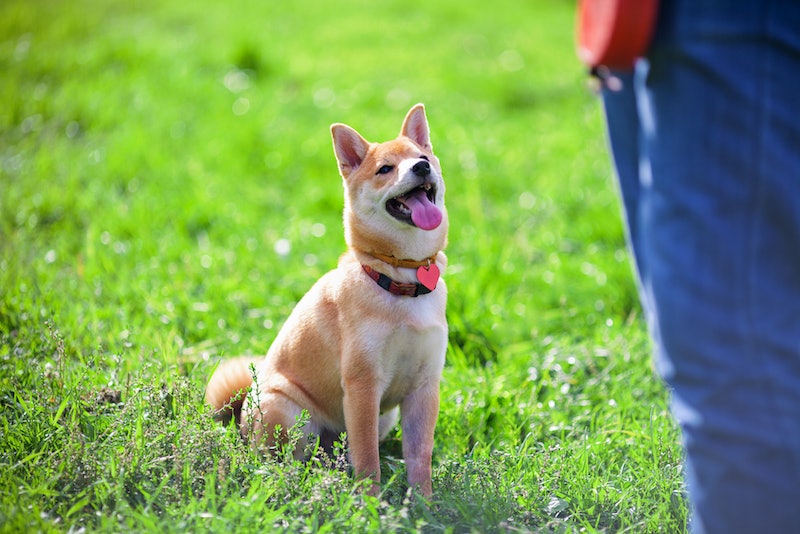 It's a very rare thing to have mixed feelings about videos of puppies. Puppies, generally, are not controversial: they are adorable and snuggly and anyone who doesn't love puppies must have a lump of coal in place of a heart. But I have to admit, I feel kind of weird about the video below, which has Kibo, a Shiba Inu, showing off his latest trick. Kibo's owner points a finger-gun at the pup and says, "Spread 'em!" Kibo stands up like he's about to be frisked. Feelings, prepare to be mixed.

Teaching dogs to respond to fake guns is no new thing. The "Bang!—you're dead!" trick is a classic bit of training. But this version adds in a police/suspect dynamic, and as we watch the dog owner take the role of (fake) police officer and point a (fake) gun at his dog, it's impossible not to think of the escalating tensions between police officers and civilians in the wake of recent police shootings of unarmed victims and the horrific assassination of two police officers in New York this past Saturday. I'm not trying to suggest that this dog or his owner are at fault, nor that they are complicit in the cycle of violence currently plaguing the country. The tension I feel while watching what should be an innocuous bit of escapism has less to do with this dog or his owner than with the world we're living in. What does it say about the current state off affairs that I can't even watch a PUPPY VIDEO without calling up images of police brutality?

So I offer you this video of Kibo the Shiba being a very smart puppy. I find it adorable, but I also feel weird about it, and then I feel silly for feeling weird about it. Am I the only one?

More like this
5 Ways To Stand In Solidarity With Women In America From The UK
By Sophie McEvoy
How To Fight For Reproductive Rights, Based On How Much Time You Have
By Courtney Young
This Viral TikTok Trend Is Exposing Everyday Scams
By Sophia Moore
American Girl Doll Memes Are Going Viral On Instagram & Tiktok
By Emma Carey
Get Even More From Bustle — Sign Up For The Newsletter