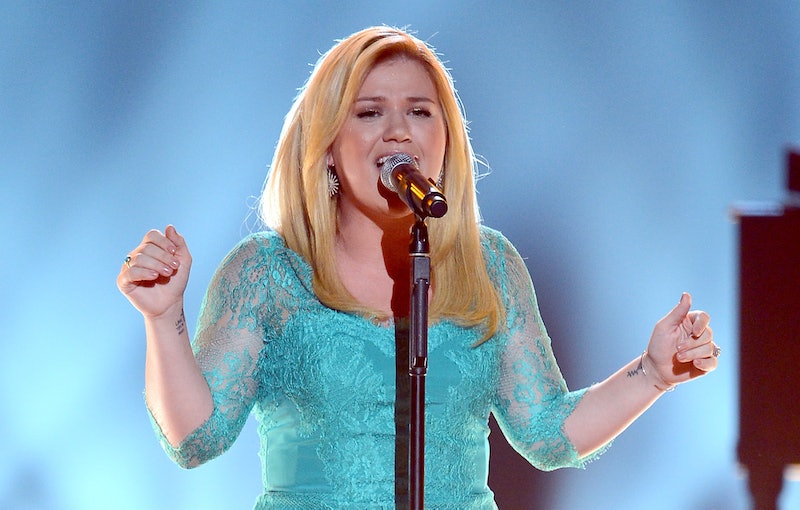 We've talked before about Kelly Clarkson's attempts to buy a ring once owned by Jane Austen — and Britain's vehement attempts to stop her. Well, the battle's over, and it seems this one's come out in the name of the Brits: the campaign to keep Jane Austen's ring in the U.K. has officially raised enough money to buy the ring back from Clarkson. A good day for British history, probably at least a minor bummer of a day for Kelly Clarkson.

The United Kingdom is known as a place of great history — including a great history of imperialism over a staggering amount of the world, but really, who's keeping track — and Clarkson's purchase of the ring last year set their history-loving guns to stun as the campaign to keep Americans from taking British things rallied to stop Clarkson's dastardly plan.

Britain blocked the export of the ring (Clarkson's been wearing a replica in the meantime), buying some time for its countrypeople to perform their magic and get the ring back.

The campaign was run through Jane Austen's House Museum — to be fair they might just be really big fans of Jane Austen — and last we heard from them they'd received enough donations to be two thirds of the way to the upwards of $237,000 it would take to buy the ring back from Clarkson.

Now, they've reached that goal thanks to a large anonymous donation of $100,000 and a whole bunch of smaller donations from Austen fans worldwide. Curator Mary Guyatt confirmed that "their offer to purchase the ring has been accepted."

Clarkson seems to be being a pretty good sport over the whole ordeal, commenting in a statement that "the ring is a beautiful national treasure and I am happy to know that so many Jane Austen fans will get to see it at Jane Austen's House Museum."

Still, it has to at least sting to have an awesome prize in your reach only to have a whole country try and stop you from actually taking it home.