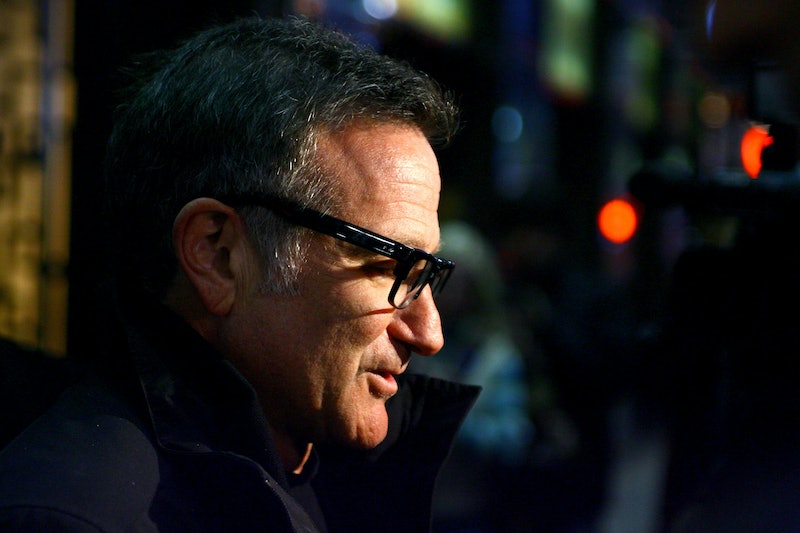 According to Google, most of us can sum up 2014 with the suicide of Robin Williams, the World Cup, Ebola, Malaysia Airlines, and Flappy Bird. Aside from Flappy Bird, none of those are very happy memories — unless of course, you rooted for Germany in the World Cup, then woohoo, go you! But for the rest of us it was just another year of ups and downs.

Personally, 2014 was an exciting year for me because I did something I said I'd never do and got hitched ... so that was pretty exciting. Politically, it was pretty much a letdown, and I’m not even going to get into my feelings about the behavior of the police departments across our dysfunctional country. Overall, it was an OK year, but I’m not sure how much of it will be regarded as memorable, at least in a positive light.

That's my take, but what about your's?

We asked some Bustle readers how they’ll remember 2014, both politically and personally. While personally, many of you experienced some growth, sadly, when it came to politics, not many were jumping up and down to remember 2014 as anything special. Here are some of the things Bustle readers had to say about 2014.

1. How Stable a Relationship Can Be

“I’ll remember it as a year when I finally realized the true difference between [having] a boyfriend with and without stability.”

2. Who My True Soulmate Is

“I’ll remember it as the year that the NYC Ebola doctor and I were proven to be soulmates since, according to the media, we hang out at all the same places.”

3. Pope Francis Is Pretty Badass, For a Pope

“2014 was the year that, as an atheist, I was really impressed by a Pope for the first time in my life.”

4. How to Make Myself Happy

"Personally, it started out as a big pile of poo in the relationship department, but is ending up as a bit of something alright. I learned a lot about me this year and what I need to be happy."

5. With the Bad Comes Some Good

"I am totally politically depressed. I also had a decent amount of sex, and tried really hard to get over my ex. Not really a banner year."

6. Religion Is Still the Worst

"Personally, I'll remember it as the year I went back to Tanzania and saw gorillas in the wild of Uganda. Politically, I can't even begin… my hatred for conservatives, religious ones in particular, has grown to levels I never thought I could feel."

7. I Absolutely Need to Be a Real Burlesque Dancer

8. Obamacare Is Awesome, But Being a Mom Is Even Better

"Personally, I'll remember having my baby. Politically, I'll appreciate Obamacare and its coverage of breastfeeding supplies and birth control."

9. America Really Is a Hotbed of Racism

“I’ll remember 2014 as the year I officially got over my ex and re-realized that America’s racism runs so deep we should all hang our head in our embarrassment for our country.”

10. The Most Depressing Election

“I’ll remember it as a year that I attended my first march to protest the senseless murders Michael Brown and Eric Garner. It felt really good to be part of something bigger than myself.”

12. Negotiation Is a Thing That Exists

"You can negotiate your rent! That's what I'll remember 2014 for because I'm paying less than year than last year!"

"I'll remember it as the year I lost two of my favorite actors: Robin Williams and Philip Seymour Hoffman. But as much as it sucked, both instances opened up conversations about drug abuse and suicide, so at least there was some good from it."

"Personally, I'll remember getting a book deal! Politically, I'll probably remember the Ebola epidemic (weirdly forgotten about here, but catastrophic in West Africa) and Isis, and a lot of things not as happy as the book deal."

15. Being Fired Can Be a Good Thing

"Getting let go from job in banking and realizing that I needed to start working for myself! Passing my real estate license on the first try!"

16. Growing Up and Acceptance Are Inevitable

"Politically, I will remember the lessons I learned about just how very much alive racism still is in this country, and how I will never be able to apologize enough about certain family members. Personally, I grieved for the death of one long term relationship and strengthened another. I learned a lot of hard lessons about people's faults and how you can't expect people to change. I discovered a good chunk of self worth I had been missing, and went from being stuck in a depressive rut to being able to move forward again. I rediscovered my love of Alaska. I began to feel like a real adult for the first time… as opposed to just playing one on TV."

More like this
The Best Time To Date After A Breakup, According To Experts
By Bustle Editors
20 Things You Should Never Tolerate In A Relationship
By Rachel Sanoff and Kathleen Ferraro
12 Ways You're Sabotaging Your Love Life
By Teresa Newsome and Lexi Inks
The 8 Best Chew Bones For Puppies, According To A Vet
By Andrea Hannah
Get Even More From Bustle — Sign Up For The Newsletter