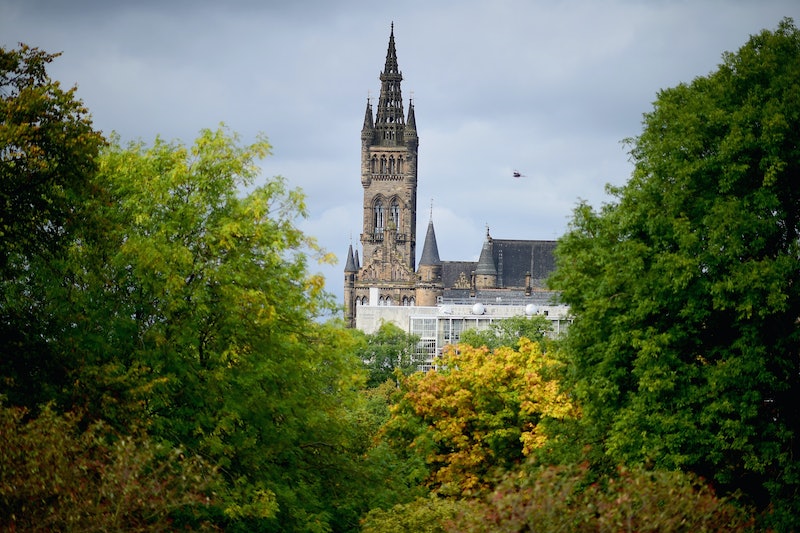 The Ebola hysteria has died down considerably in the U.S. since the fall, but that doesn't mean it's gone away. Far from it — in West Africa, healthcare workers continue to fight the virus disease as the death toll climbs far above 7,000. Now, the fight is reaching new soil. Ebola was just confirmed in Glasgow, Scotland, when a health worker traveled from Sierra Leone Sunday night and was diagnosed with the disease after reporting some early symptoms. She is currently in isolation and being treated while public health officials trace anyone who could have come in contact with the patient.

The woman, who had been in Sierra Leone helping Ebola patients, arrived at Glasgow Airport late Sunday night after passing through Casablanca and London's Heathrow airport. She was admitted to Glasgow's Gartnavel Hospital the next morning after feeling ill and was put in isolation in the Brownlee unit for infectious diseases at around 7:50 a.m. The patient reported feeling some early symptoms of Ebola, like fever, muscle aches, headache, and fatigue. But because she hasn't shown any later symptoms like vomiting, diarrhea, and bleeding, she is believed to pose a low risk to the public.

The Scottish government said in a statement:

Having been diagnosed in the very early stages of the illness, the risk to others is considered extremely low.

However, they were still following the necessary protocol to make sure the disease didn't spread.

All possible contacts with the patient are now being investigated and anyone deemed to be at risk will be contacted and closely monitored.

Public Health England officials will contact and investigate the passengers who were on board both the British Airways flight and the Moroccan airline flight that went out of Casablanca. The patient had been on British Airways flight BA 1478 going from Heathrow to Glasgow. A telephone helpline has been set up for anyone who was traveling on the flight: 08000 858531.

UK and Scottish protocol will also have the patient transferred to the advanced isolation unit at London's Royal Free hospital as soon as possible. The hospital's staff and facilities are well-equipped to deal with Ebola and has previously successfully treated British health worker William Pooley, who also contracted Ebola in Sierra Leone.

Dr. Alisdair MacConnachie, the NHS Greater Glasgow and Clyde consultant in infectious diseases, said at a press conference that the patient's condition was "quite stable and not showing any great clinical concern at the minute" and "should translate into a good prognosis."

First Minister of Scotland Nicola Sturgeon said at the conference:

Scotland has been preparing for this possibility from the beginning of the outbreak in west Africa and I am confident that we are well prepared.