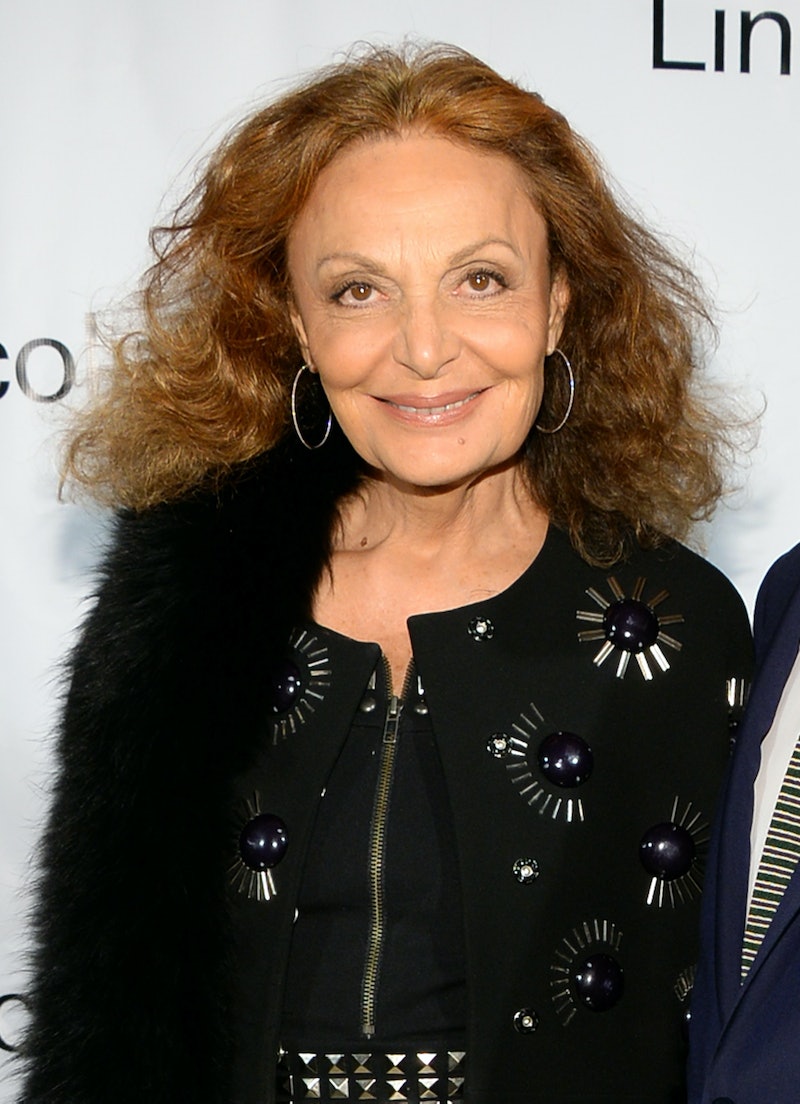 Happy Birthday, "40th" Ms. von Furstenberg! In all actuality, she's turning 68 this year (you didn't hear that from me), even though the shiny gold candles on her cake would tell you differently. Naturally, Diane von Furstenberg's birthday party was no small affair. After all, she's a pretty fascinating lady — did you know she used to be a princess? Yeah, apparently she married a prince (Egon von Furstenburg) back in the '60s, and divorced him in the '70s. Her mother was also a Holocaust survivor, and she briefly considered a career as a professional model before turning to design. I guess you could say she's led a pretty interesting life — so, how to celebrate? You can always peruse Diane's best red carpet moments of 2014 (personally, I'm still not over the star-spangled number Jamie Chung wore to the premiere of Big Hero 6 ), or alternatively, you could throw yourself a 68th birthday party to remember.

Yep, as a former princess/current top fashion designer is wont to do, von Furstenberg just had a giant party for herself. A snap posted to her Instagram account might just be the most fashionable birthday pic ever — it features DVF standing out in contrasting jewel tones, surrounded by super models all clad in gold (with the exception of Coco Rocha, who I'm assuming got a free pass for being pregnant), while two waiters (who could also be models for all I know) hold an absolutely monolithic (and incidentally, gold, to match the models) cake before her. Bow down, indeed! Take a look:

Don't you wish you were there?

More like this
Machine Gun Kelly Wore A $30K Diamond Mani To The BBMAs
By Paris Giles
How To Master Baby Braids, According To TikTok
By Tomi Otekunrin
Dua Lipa Just Took A “Pre-Show Dip” In A Dreamy Thong Bikini
By Allie Fasanella
A Comprehensive Look At Blake Lively’s Glamorous Style
By Allie Fasanella
Get Even More From Bustle — Sign Up For The Newsletter