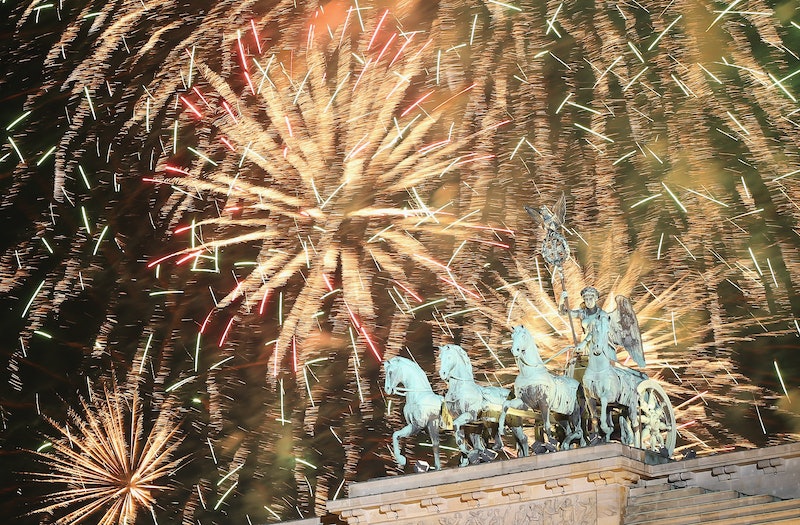 Ryan Seacrest is still going strong here in America, but across the globe, hundreds of cities are already winding down their New Year's Eve celebrations. By the time we're belting Auld Lang Syne, most of the world has long gone to bed — or are half-way through Jan. 1. Samoa, Christmas Island, New Zealand and western Australia were some of the first places to bid farewell to 2014, and the lavish festivities rang out from the Pacific to Atlantic oceans.

According to the Australian Broadcasting Corporation, New Zealanders in Auckland counted down the final minutes of 2014 on a giant clock on Sky Tower, while residents of Sydney were treated to an explosive fireworks display.

Dubai swiftly followed up with a massive light display of its own, using the world's tallest building, the Burj Khalifa, as its centerpiece. According to BBC News, the desert city in the United Arab Emirates was striving to have a record-breaking light show. Cities in Japan, Vietnam and China also erupted in dazzling fireworks as the clock struck midnight.

Before we say goodbye to the wild year that was 2014 in America, here's a look at how cities and countries across the world celebrated the beginning of 2015...