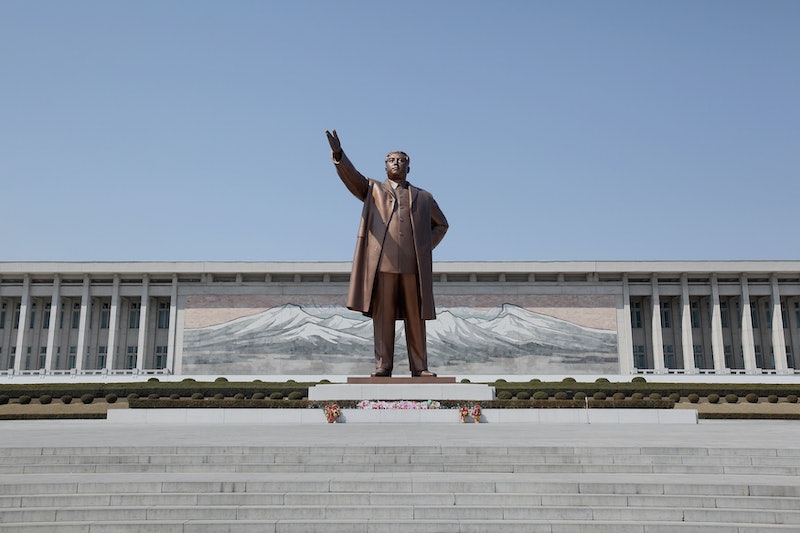 Well, the other shoe has finally dropped — President Obama made some big international news Friday, announcing new sanctions on North Korea, over the Sony hack that the FBI (and now by extension, the US. government) has alleged was carried out by the so-called Hermit Kingdom. Issued by executive order, Obama has given the U.S. Treasury license to ramp-up sanctions against the isolated, repressive state, as retaliation for their ostensible attempt to thwart the release of The Interview prior to the Christmas holiday.

It's an action that might make some veteran North Korea-watchers scratch their heads a little. In the first place, myriad third-party sources have questioned whether North Korea was behind the Sony hack in recent days. While the FBI hasn't detailed the full breadth of their evidence against North Korea, and could easily have a so-called "smoking gun" in hand that the public isn't aware of, there's an obvious risk of this backfiring if someone else turns out to be the culprit.

And even further, North Korea has been one of most hellish places on Earth for human rights for decades, with a network of concentration camps in place that led the UN to liken them to the Nazis. Basically, if you're looking for reasons to tighten sanctions, the attempted scuttling of a poorly rated comedy is pretty low on their list of offenses.

There are ten specific people — North Korean officials both within the state and from locations as far-flung as Namibia, Russia and Iran — and three agencies of the North Korean government that are being targeted by these sanctions. The agencies are as follows:

In a statement, the White House made it clear that while the sanctions weren't all targeting people responsible for the Sony hack — or, at least, the ones the U.S. considers responsible — that it had everything to do with artistic expression, and the threatening of American corporations.

We take seriously North Korea's attack that aimed to create destructive financial effects on a U.S. company and to threaten artists and other individuals with the goal of restricting their right to free expression.

The statement from Treasury Secretary Jack Lew on the matter struck a similar chord, emphasizing the "destabilizing" conduct of North Korea, while conceding something notable — that the FBI "continues its investigation" into the Sony hacks. Obviously, this investigation is of paramount importance, with these sanctions now raising the stakes.

Today’s actions are driven by our commitment to hold North Korea accountable for its destructive and destabilizing conduct. Even as the FBI continues its investigation into the cyber-attack against Sony Pictures Entertainment, these steps underscore that we will employ a broad set of tools to defend U.S. businesses and citizens, and to respond to attempts to undermine our values or threaten the national security of the United States.

While this is obviously a story of immense diplomatic importance, it'll also be fascinating to see how it plays out — however all this turns out in the end, the historical role that The Interview has now played in American/North Korean relations is truly undeniable, and more than a little mind-blowing.