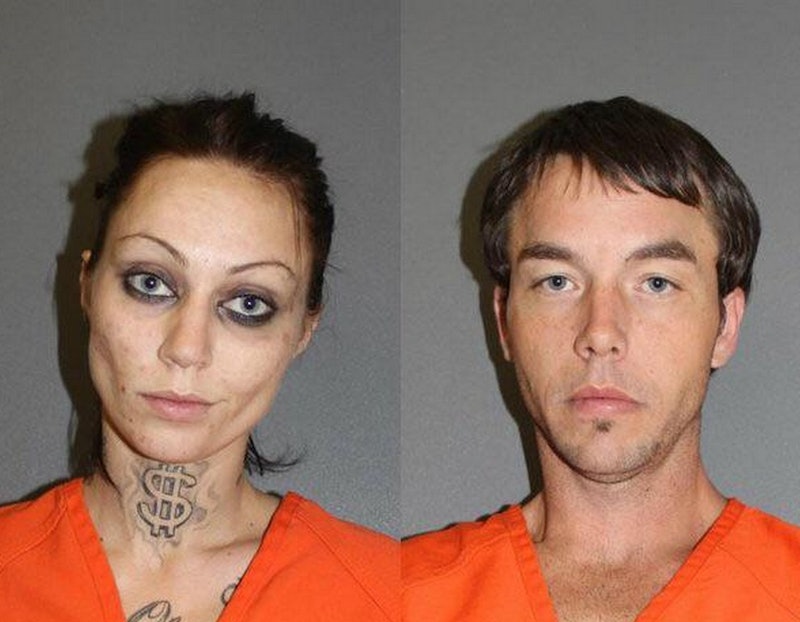 John Arwood, 31, and Amber Campbell, 25, spent a lot of time in a closet earlier this week, and no, they weren't trying to reenact an R. Kelly song. The Florida couple was hanging out at Dayton State College, and were allegedly "chased" into the Marine and Environmental Science Center janitor's closet. Arwood and Campbell were "trapped" for two whole days because they thought they were locked in. They were, in fact, no trapped...at all...in any way. The door was completely unlocked. Cool job, guys.

Arwood ended up calling 911 on Tuesday from his cellphone (which he had and didn't use for those two days for some reason), but when the police showed up, it turned out the door was able to open from the inside and didn't even have a lock. According to The Orlando Sentinel, the police officer recreated the situation, but was definitely able to just open the closet door and walk out. But wait—it gets better. Inside the closet, officials discovered human poop and copper scouring pads that are often times the instruments used to smoke crack, which basically explains everything. Maybe these two were conducting some science in the closet, but it evidently was not of the legal (or marine or environmental) variety.

Apparently these two have fruitful criminal records: Arwood has been to jail five times for burglary, possession of pot, and fleeing law enforcement; Campbell was on probation before this crack closet situation went down. Essentially, here's what we can take away from this: Don't smoke crack. You will probably end up embarrassing yourself.