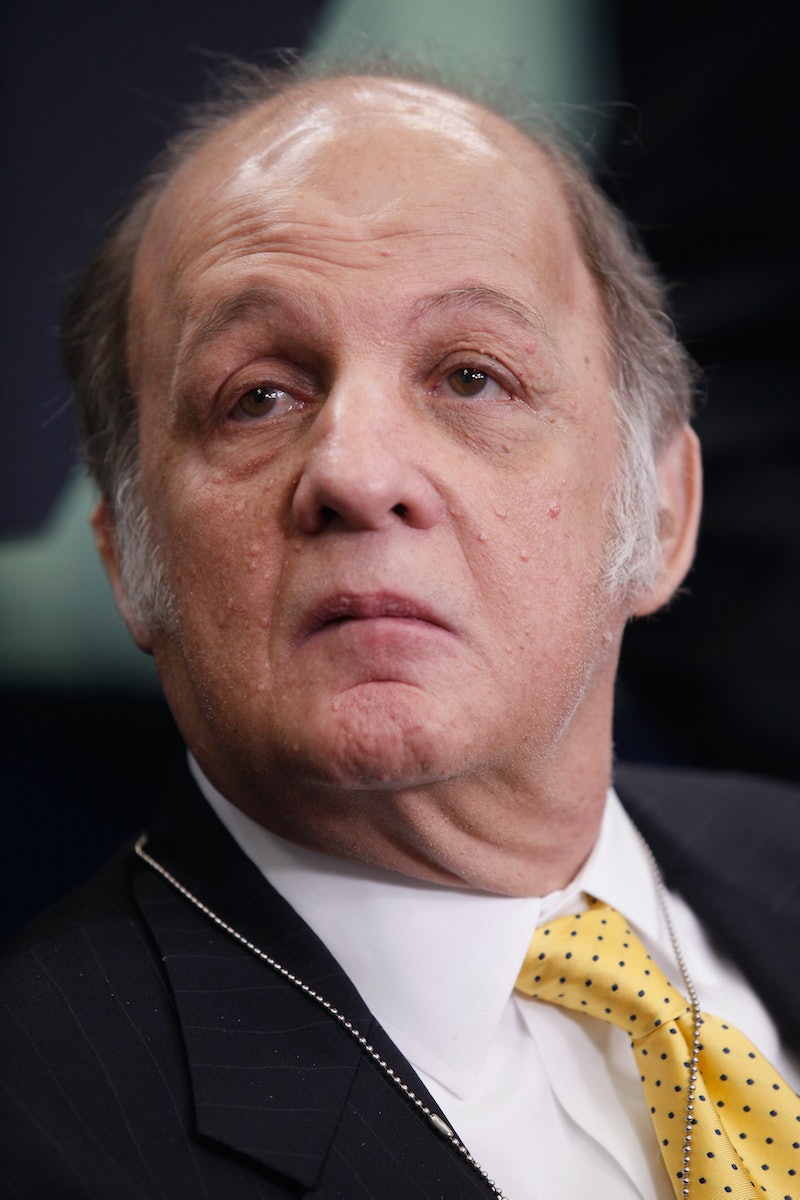 August 4, 2014 was a sad day in Washington. It was then that former White House Press Secretary James Brady died at age 73, bringing to an end the life of one of America's highest-profile gun violence victims. Brady was critically wounded when would-be presidential assassin John Hinckley fired upon Ronald Reagan outside the a Washington D.C. hotel in 1981, and after Brady's death, a coroner confirmed the decades-old shooting was to blame. But regardless, John Hinckley won't face murder charges for Brady's death.

When Hinckley opened fire outside the Hilton that fateful day, he not only derailed Brady's trajectory — he never fully recovered, paralyzed by Hinckley's bullet, and had to defer to "acting" Press Secretaries for the duration of the Reagan administration — but impacted the conversation on mental illness and gun control, as well, giving rise to the Brady Campaign to Prevent Gun Violence. Hinckley has been confined at a Washington-area hospital ever since the shooting, with occasional visits out to see his mother as his mental state has been deemed improved.

Hinckley's real goal that day obviously wasn't to wound a Press Secretary, but to kill the President, with Reagan having been inaugurated less than 100 days prior to his attempt. Thankfully, he only succeeded in wounding Reagan, as well as Brady, a police officer and a Secret Service agent. With Brady's death now attributed directly to the shooting, he's the only person who actually died as a result.

Hinckley's twisted rationale for the assassination quickly became infamous — he wanted to get the attention of actress Jodie Foster, about whom he had a macabre obsession. Despite the enormously charged nature of his crime, he was found not guilty by reason of insanity, a verdict which provoked a fair amount of public outrage, and helped spur the Insanity Defense Reform Act of 1984, which dramatically increased the legal standards required to secure such an acquittal.

The reason Hinckley won't face a courtroom again? Basically, for the very reason detailed above — since he was already found not guilty by way of insanity once, and since Brady's death was a result of the same crime, prosecutors wouldn't be able to argue for Hinckley's sanity. Also, as Reuters notes, the laws on homicide pre-1987 were different than they are now — previously, such charges could only be brought if someone died from their injuries within one year and a day of receiving them, which further precludes new charges against Hinckley. The U.S. attorney's office explained as much in their statement Friday.

The decision was made following a review of applicable law, the history of the case, and the circumstances of Mr. Brady’s death, including recently finalized autopsy findings.

Basically, even if a trial were to be held, any prospective jury would be virtually forced to reach the same conclusion, making the whole thing something of a waste of time. And however upsetting all of this must be for Brady's family, they released a statement saying they understood the decision not to charge Hinckley again, and thanked the public for "the extraordinary outpouring of love and support."