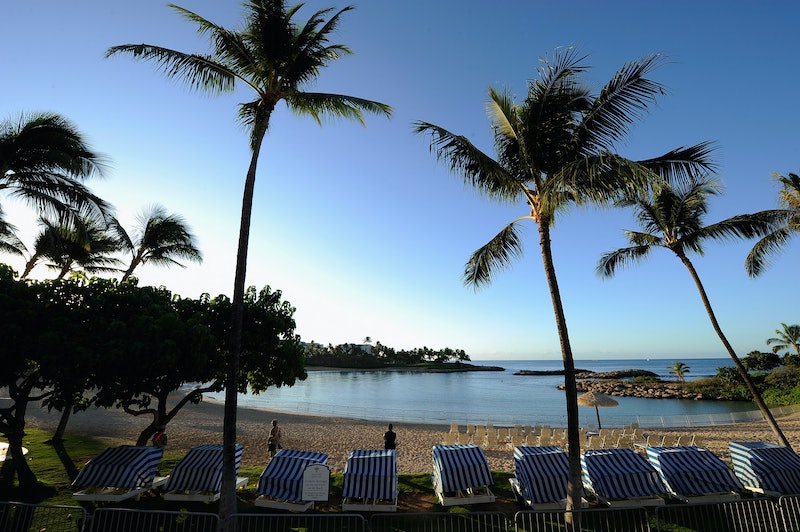 For most people, winning a free trip to Hawaii is a dream come true, but an incredibly generous Canadian couple, Cody and Eva Borek, saw the prize as an opportunity to pay it forward. After winning a trip to Hawaii when they bought their car, the couple has decided to donate their prize to a worthy winner chosen via a contest they’ve created searching for “The Most Loving Person.”

As explained on their Facebook page, the Boreks "want to give a 5 day trip to Hawaii for 2, including flight, 5 Star Hotel, and many meals, to someone who lives the most Loving, Caring, Forgiving Life." Their page invites fans to nominate individuals whom they deem deserving.

Since Christmas alone, the couple has received more than 5,000 nominations, with candidates including single parents, teachers, charity organizers, fundraisers, and other individuals with generous souls. One man, John W. Myslicki, received more than 100 nods, but ended up declining the honor because, as he explained, he doesn’t have a valid passport and has already done a lot of traveling in his life. “Pick somebody who has never had the opportunity to travel,” he wrote on the Facebook page.

After Myslicki turned down the prize, the Boreks decided that instead of simply choosing the most nominated individual as the winner, they will pick a name from the 10 most nominated people out of a hat. The winner will be announced on January 25. Meanwhile, you might want to check out the stories of some of the good Samaritans nominated. It'll remind you that there are some truly amazing people out there!

More like this
What Is "The Ick?" The TikTok Dating Term, Explained
By Courtney Young
Kris Jenner’s Advice For Kim Kardashian Is Going Viral On TikTok
By Courtney Young
The Viral TikTok “30,000” Sound Fits Nearly Every Scenario
By Courtney Young
8 TikTok Pasta Recipes To Try Out At Home
By Emma Garza
Get Even More From Bustle — Sign Up For The Newsletter