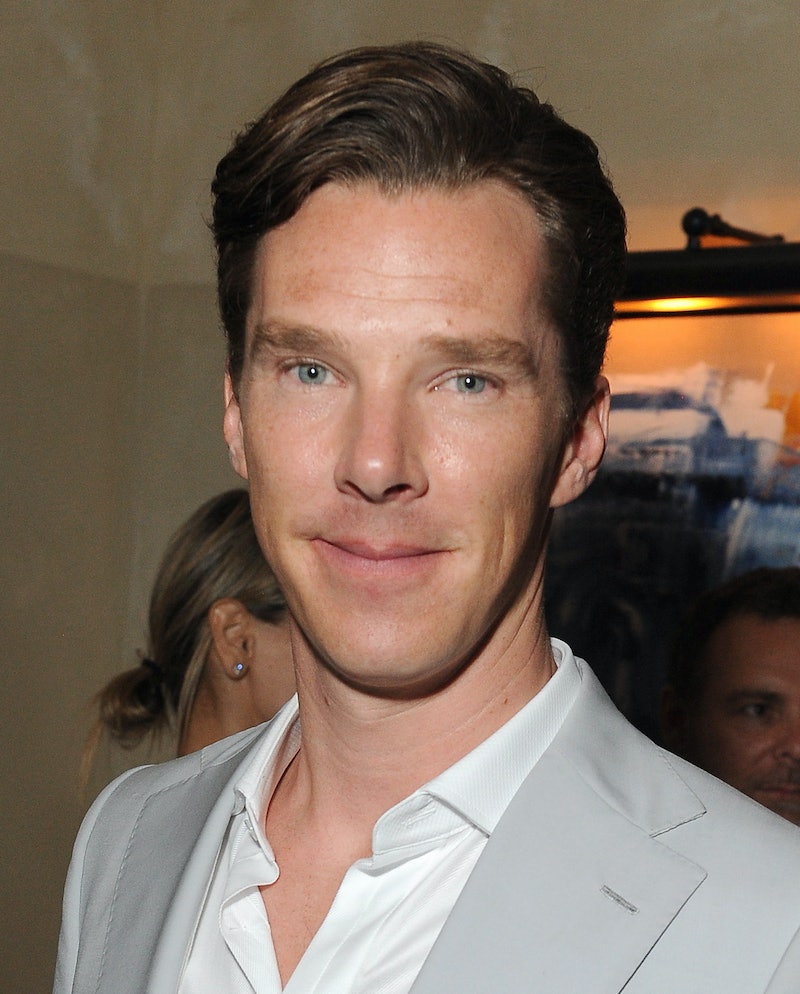 New year, new Benedict Cumberbatch. Well, maybe he isn't a completely new person, but he did just learn that he is related to royalty. According to the Telegraph UK, it has been discovered by a genealogist that Cumberbatch and King Richard III are cousins, which is kind of perfect because Cumberbatch will be portraying Richard on the BBC Two series The Hollow Crown: King Richard III.

BBC Two has created a miniseries that highlights many historic characters. The Richard III segment is adapted from the William Shakespeare play by the same name. This news come only a couple of months after it was suggested that Cumberbatch was possibly related to Alan Turing, the man who cracked the Enigma code in World War Two, and also Cumberbatch's character in The Imitation Game.

More like this
Remember When Benedict Cumberbatch Announced His Engagement In A Newspaper Ad?
By Hugh McIntyre
'Bridgerton' Star Nicola Coughlan Confirms Season 3 Will Focus On Colin & Penelope
By Grace Wehniainen and Alyssa Lapid
Everything To Know About The Possibility Of 'The Essex Serpent' Season 2
By Rachel Mantock
TikTok's Spooky 'Heartstopper' Fan Theory Will Make You Question Everything
By Nola Ojomu
Get Even More From Bustle — Sign Up For The Newsletter