I don't think there are many things on this planet that could make Fifty Shades of Grey actually look like a good film. Tommy Wiseau's The Room is, perhaps, one — but that one is so bad that it's reached cult classic status, so it sort of trumps Fifty Shades in quality if you consider that. However, that might be all about to change thanks to (who else?) the producers behind Sharknado: On Friday, the trailer for the first (and probably not the last) Fifty Shades of Grey knock-off, Bound , arrived, and, having bitten the bullet and watched it in the name of journalism, I can report first-hand that it is absolutely and positively the worst thing I've seen all day. It's so bad, it makes Fifty Shades of Grey look like it deserves an Oscar, and that is not an easy feat to achieve!

Starring Charisma Carpenter of Buffy and Angel fame (ugh, Cordelia Chase, I really expected more from you) and one of the Baldwin brothers, Daniel Baldwin, the storyline is just similar enough to Fifty Shades for you to see a connection, but not identical enough for anyone to bring up a lawsuit. Basically, Carpenter portrays a high-powered, single businesswoman/mother who is having trouble at work and balancing being a mother to a teenage girl — so instead of working on those important life things, she enters a very sexual, BDSM-y relationship with a guy wearing a suit just like Christian Grey. Baldwin is Carpenter's father, and the NFL's Terrell Owens is also there for some reason. (I don't know why — he just is. Let's not question it.) Here's the trailer, in case you're as masochistic as I clearly am: 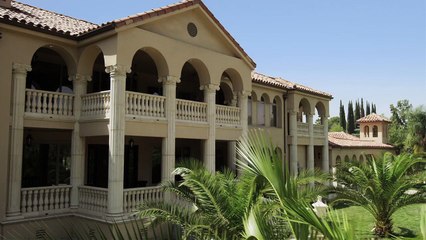 Charisma Carpenter, you're better than this, you really are. Please stop. Anyway, Bound will be released in theaters on Jan. 9, as well as on VOD platforms like iTunes. I need to go wash my eyes out, now.