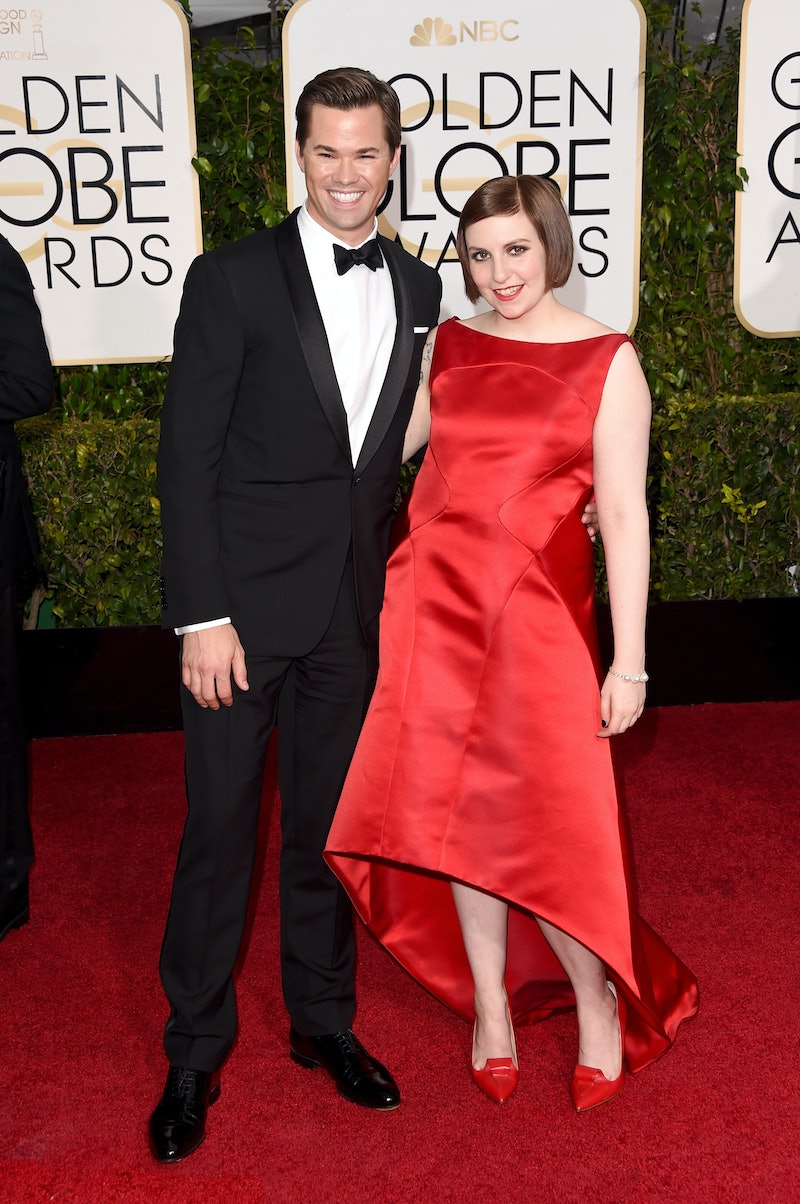 It's a huge night for Girls star Lena Dunham at the Golden Globes. Not only is she nominated for "Best Performance By An Actress In A Television Series - Comedy or Musical," but the fourth season of Girls premieres tonight on HBO (a.k.a. making this the toughest night to choose what to watch). Dunham and Andrew Rannells — Elijah on Girls, musical god on Broadway — attended the awards together, and they made for a really cute couple as they dished on the upcoming season of Girls, how Dunham deleted her Twitter, and how Rannells makes a really good accessory on the carpet.

When talking to Ryan Seacrest, Dunham, and her "most handsome date in town" (Rannells) revealed that she deleted her Twitter because she wanted to create a safer space for herself online. To all those that made Twitter a not safe space for her, how dare you do this to me? That was my only way to contact her. Ugh. Another topic of conversation was the upcoming season of Girls and Dunham's boyfriend, Jack Antonoff, making a potential appearance on the fourth season of the award winning show. Seacrest showed a photo of Girls co-star Allison Williams and Antonoff in what looked to be a music studio, teasing that Antonoff plays a "pivotal role in creating Marnie's musical sound." Dunham didn't confirm — or deny! — if Antonoff would be appearing on Girls, but even if he isn't physically on the show, then he'll be there in spirit.

Hands down the most Dunham quote of the carpet was that Rannells "is a really good accessory" for the night. Sure she probably didn't mean anything by it, but there's bound to be people who are offended by the comment. Maybe deleting Twitter wasn't such a bad idea for the night?